Obesity is complex in nature. Some health professionals concluded that obesity is a disease. But others in the same field strongly oppose that this isn’t so. These experts stand for those people who are obese but don’t suffer from any health issues. They don’t want to consider obesity to be a disease because it can only cause discrimination to people who are obese and may also cause them to question themselves and the way their bodies work. Categorizing obesity as a disease may also cause emotional upheaval to people with excess weight.

Obesity has also been linked to a lack of willpower. While one can develop strong willpower by following their health goals, doing the same things won’t guarantee that some obese individuals can shed some pounds when their metabolism, genetic makeup, or hormones won’t allow them to.

Regardless of anyone’s opinion in this matter, one thing is certain: obesity is unhealthy when it leads to the risks associated with serious health conditions. Doctors measure obesity in terms of a person’s body mass index, which is said to be inaccurate because it’s not true for everyone.

To put this matter in a much clearer light, doctors agree that obesity is considered a disease when it’s accompanied by other medical diseases such as hypothyroidism or Cushing’s disease.

Obesity is on the rise and most people blame it on lifestyle choices. However, a person can be obese even if they follow a healthy lifestyle. This is because there are factors beyond a person’s control that make them obese. These factors can be genetics, psychological, or physical, such as the following: 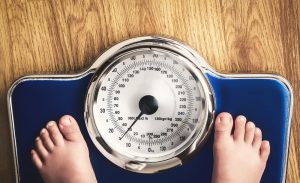 Genes play a crucial factor in whether a person is going to be obese or not. Individuals born in a family where obesity runs are likely to become obese themselves.

The method a person comes into this world is another factor in obesity. Children given birth through C-section are likely to be obese later in life.

Obesity is also linked to people who were fed through milk formula instead of a mother’s milk.

Though prescription drugs can help a person to get their health back, these medications come with side effects and increased appetite is one of them, leading to excessive weight gain.

Your appetite is controlled by specific hormones and your brain’s reward system. When your body starts to be tolerant of the hormones that make you feel full, you’re feeling of satiation is affected, which leads you to crave for more food. The more you eat, the more your brain increases the level of your reward system. This is why food is life for some obese people.

Most advertisements focus on the things that trigger people to crave a certain food without putting into consideration whether it’s healthy or not. By following the media’s influence, they miss out to choose foods that are healthy and full of nutrients.

Just like drug addiction, food addiction is hard to let go of. Your brain’s reward system has been geared to eating more food. The more junk food you eat, the happier you become.

The bacteria in your gut are considered crucial in your weight gain. Trillions of bacteria thrive in your body. While some of them are harmful, some contribute largely to your health like the ones found in the gut. The gut bacteria known as gut microbiota help influence the digestion of food as well as helps in making you feel full. Obese people are found to have different gut bacteria, which are more efficient at harvesting energy from food, which likely leads to weight gain.

Where you live also contributes to your weight. People who live in places where the availability of healthy food is scarce tend to be more obese.

While some health experts attribute weight gain to lack of physical movement of people who spend long hours on the screen, other experts claim it’s the changes to the circadian rhythm of these people that lead them to gain excess weight. Artificial lights from bulbs, screens, or televisions greatly affect a person’s sleeping habits. Numerous studies show that lack of sleep leads to excessive weight gain.

While you can do nothing about the other factors that contribute to obesity, you still have the choice to stay healthy by following a healthy lifestyle and eating the right foods. This may not guarantee that you will lose a significant number on the scale, at least, you’re doing everything you can to maintain good health despite being big.

Steps to counter the effects of obesity 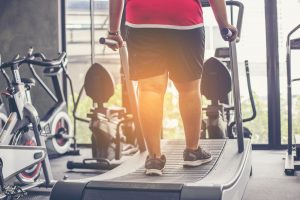 Even if your genetic makeup expresses the genes you get from your parents, it doesn’t stop you from controlling the excess weight through healthy eating habits. Your food choices also matter in your fight to control obesity.

If you’ve been exposed to junk foods earlier in life, eliminating them from your diet may require a certain amount of willpower. You don’t have to do it all at once though. Gradually decrease your consumption of junk and start to replace them with healthy ones for snacks.

Just like any form of addiction, you can overcome your addiction to food by doing a few things like recognizing the foods that trigger your cravings, slowly eliminating them, having a list of fast foods that offer healthy foods, and choosing to eat healthy foods you’re already eating.

Since strong willpower is needed to follow a healthy lifestyle, having a regular exercise enables you to develop it. Meditation and yoga also help strengthen your mind as well as keep your body maintain a healthy weight.

7 Serious Health Conditions That are Linked to Obesity