Contents show
1 Research is making it more and clearer that sitting for too long is one of the worst things that you can do with your health.
2 Type II Diabetes
3 Cancer
4 Suicide
5 Heart Disease
6 Stroke

Research is making it more and clearer that sitting for too long is one of the worst things that you can do with your health.

Scientists have long known that it can lead to obesity, but the problems associated with excess sitting seem to go further than weight problems. Indeed, some will even say that sitting can be about as bad as poor dieting, smoking, and substance abuse, which might sound surprising, but there are a myriad of illnesses that have been linked to prolonged sedentary behavior. Here are some of the health concerns that are associated with too much sitting.

The link between type II diabetes and prolonged sitting may not be particularly surprising. After all, type II diabetes is almost always related to being overweight. Since obesity is generally prevented with healthy dieting and consistent physical activity, prevention for type II diabetes is roughly the same, which means you have to stay active in order to avoid diabetes. When you sit down, your body stops burning glucose as much as it could if you were standing up or moving around. As a result, you have to produce insulin in order to get your blood glucose levels down. 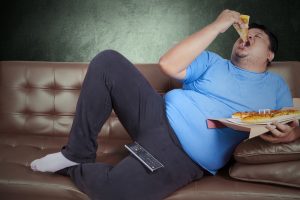 Insulin is normally responsible for sending all the sugar in your blood into cells that need it or into cells that can store. However, after too much insulin production, you might eventually become resistant to its effects and you then get diabetes. You can generally avoid diabetes by maintaining a low sugar and carb diet. However, if you do engage in moderately poor dieting habits, your chances of getting diabetes are extremely high if you spend six hours a day sitting.

At this point, some doctors are a little bit tired of hearing all the different possible causes of cancer and just want to work on finding a cure for it. It does not help that many of the studies that claim one activity or substance can cause cancer have been completed contradicted by other studies that actually show that the substance or activity can sometimes work to prevent cancer. However, the link between prolonged sitting and cancer is actually rather compelling and should not be dismissed.

Many studies have been conducted on this link and some suggest that sitting too much increases your risk of cancer by up to 66%, which is an incredibly high increase that should not be ignored. There are virtually no studies that completely contradict the literature on the association between cancer and sitting. Some scientific research says that risk increase is not as high as 66%, but most studies still say that there is definitely an increase risk. The studies that do put the percent increase at higher number focus on cancers that are linked to obesity and the inflammation that obesity can cause. However, even cancers that are not linked to obesity seem to still be somewhat linked to prolonged sitting and the damage that it can do to your muscles.

While suicide is usually a direct result of some sort of improperly treated mental illness, there does seem to be a link between people who engage in excess sitting and people who attempt suicide. Sitting can exacerbate certain mental illnesses and it can also trigger diseases like obesity and cancer that are associated with mental illnesses. Additionally, people who do suffer from mental illnesses are more likely to make suicide plans while they are not distracting themselves with some sort of activity, which means that sitting around and doing nothing would potentially increase your risk of suicide if you have a serious mental health concern that is leading to suicidal thoughts.

Alternatively, clinical depression can cause you to lack the motivation you need in order to move around and stay healthy, which would mean that sitting does not cause you to succumb to suicide. Rather, both succumbing suicide and sitting around are results of the same illness.

Heart disease is a big killer in the United States and it includes heart attacks, heart failure, coronary heart disease, and congenital heart disease. Prevention usually includes monitoring cholesterol, avoiding smoking, reducing blood pressure, engaging in physical activity, healthy dieting, and managing obesity. However, the exercise usually done in order to avoid heart disease does not appear to be enough. Even if you exercise for a few hours every single day, you can still be at risk of heart disease if you spend the rest of your day sitting around. 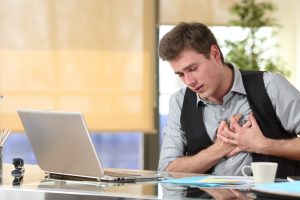 Physical activity might be good for your metabolism, but all the positive effects it has on your metabolism can be completely undermined by several hours of sedentary behavior. As a result, you can harm your cardiovascular system by increasing blood sugar, weakening your heart muscles, and damaging your blood vessels. These cardiovascular problems can eventually lead to heart disease.

Strokes are often associated with heart diseases. Therefore, if excessive sitting can potentially lead to heart disease, then it can probably also increase your chances of getting a stroke. The research agrees and studies indicate that risk of a stroke goes up significantly if you spend too many hours of the day sitting down. If you stop burning fat and stop working your muscles, you are going to put yourself at risk of getting a stroke, which occurs when blood flow to your brain becomes suddenly inadequate. Poor cardiovascular health means that you might get a blood clot in your brain, which will cause a stroke. It also means that your blood vessels in your brain might get weak and stark to leak, which also causes stroke.

Other diseases loosely linked to excessive sitting include COPD, lung disease, liver disease, ulcers, Parkinson’s disease, and dementia. Therefore, you definitely want to do whatever you can stay as active as possible. If you do find that you have sat around for multiple hours of the day in order to work or travel, then you should at least take a short break every half an hour in order to stretch or move around. Otherwise, too much sitting will start to take a toll on your body.

Tired of Water? The Pros and Cons of Sports Drinks

All You Need to Do to Start Losing Weight