5 Reasons Why Mucuna Pruriens Is An Amazing Natural Remedy

Mucuna pruriens, a legume often referred to as cowhage or velvet bean, has been used in ancient Ayurvedic medicine to treat various diseases. Now, Mucuna pruriens is making waves as studies validate its many health benefits.

Researchers are excited to find out more about the therapeutic benefits of Mucuna pruriens because of the plant’s levodopa content. Levodopa is an organic compound that’s able to cross the blood-brain barrier, making it very valuable as a potential treatment for neurological disorders. On top of this, Mucuna pruriens is also known to improve fertility.

In traditional medicine, Mucuna pruriens is used to enhance mental health and fight off stress. Mucuna pruriens exhibits potent antioxidant properties which help protect the body and mind from the ravages of oxidative stress.

In one study involving infertile men who were suffering from psychological stress, supplementation with Mucuna pruriens seed powder for three months resulted in lower stress levels, decreased lipid peroxidation in the seminal plasma, and increased sperm motility and sperm count.

This is one of the reasons why Mucuna pruriens is great for men suffering from infertility – this natural remedy not only improves fertility, it can also help with the psychological distress that infertility often afflicts on men.

The seeds of Mucuna pruriens are known to contain levodopa or L-dopa, which is a compound that gets transformed by the body into the neurotransmitter dopamine. This means that when you have low levels of dopamine in the brain, you can take Mucuna pruriens supplements to restore your dopamine levels and improve your brain’s neurotransmission function. 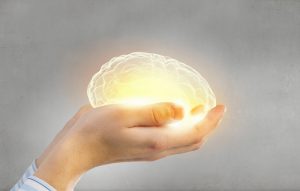 Dopamine is quite popular as a neurotransmitter because it’s involved in so many important functions. Dopamine plays a key role in how our brain processes pleasure, motivation, and lust. More importantly, dopamine triggers muscular movement. This is why when dopamine neurons are damaged or destroyed, symptoms of Parkinson’s disease start to show.

Thus, because of its L-dopa content, Mucuna pruriens is considered as a potential treatment for Parkinson’s disease. L-dopa from Mucuna pruriens can cross from the blood going to the brain where it can get converted to dopamine to replenish the brain’s natural supply of this very important neurotransmitter.

Mucuna pruriens contains cyclitols, compounds that have insulin-mimetic effects. Because these compounds can mimic the actions of insulin, Mucuna pruriens is considered helpful in regulating glucose metabolism.

Various studies have provided scientific evidence to support the traditional use of Mucuna pruriens as an anti-diabetic treatment. It has been shown that treatment with Mucuna pruriens extracts have a hypoglycemic effect and can significantly lower blood glucose levels.

In addition, various studies have also validated that Mucuna pruriens extract does have long-term protective effects against snake venom.

Dopamine plays a key role in how we react to sexual stimuli. For one, dopamine helps the brain recognize sex as a pleasurable activity. Secondly, dopamine is involved in triggering the motivation for sex. Thirdly, dopamine also plays an important role in penile erections. 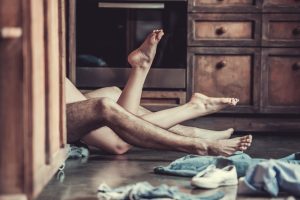 Mucuna pruriens is also known to help treat hyperprolactinemia. In women, prolactin helps promote the production of milk. In men, however, elevated levels of prolactin often result in low libido and impotence.

In addition, supplementation with Mucuna pruriens seed extract has been shown to boost fertility by increasing sperm count and sperm motility rates.

In one study, 75 infertile men were matched with an equal number of healthy, fertile men. Prior to treatment, baseline measurements showed that the infertile men had much lower sperm count and motility compared to the fertile men.

After treatment with Mucuna pruriens seed powder, the infertile men showed significant increases in their levels of dopamine, testosterone, adrenaline, noradrenaline, and luteinizing hormone. This was also accompanied by a significant recovery in sperm count and sperm motility.

In another study, 60 fertile men were compared with 60 men who were undergoing screening for infertility. For both groups, their seminal plasma lipid profiles were measured. Their antioxidant levels, lipid peroxide, as well as fructose levels were also measured.

After the treatment, it was shown that Mucuna pruriens extract improved spermatogenesis, increased sperm motility, and inhibited lipid peroxidation in the semen. The treatment also resulted in restoring the levels of lipids, triglycerides, fructose, and vitamin A, C, and E in the semen of the infertile men.

How Meditation Can Lead to Mind-Blowing Sex