Stress and anxiety are a common occurrence. These two are the most common mental issues we have to deal with At work and even at home, we often encounter a lot of stress. Financial issues and relationship problems can also cause stress. Dealing with stress and anxiety can be as simple as drinking a cup of hot herbal tea.

If you’re experiencing stress, passion flower is a great herbal remedy for it. The plant is known for its calming effect and is associated with reduced anxiety and insomnia. Compounds found in passion flower help to increase gamma-aminobutyric acid (GABA), which helps lower brain activity.

Valerian is considered as a sedative and is often recommended to people with sleep disorders. When taken with St. John’s Wort, valerian can help reduce depression. Valerian is also used as remedy for upset stomach, headaches, muscle and joint pains. 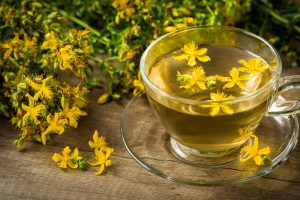 St. John’s Wort is a great mood enhancer and when taken regularly, it can also help relieve anxiety. The flowers of St. John’s Wort are used to make tea, liquid extracts, and pills. This herbal remedy is widely known for its anti-depressant effects.

Although it’s generally not a severe condition, the common cold may as well be considered severe when it comes to the inconvenience it can cause. It’s quite embarrassing reporting to work with an unstoppably runny nose and weird-sounding voice. Some people, however, prefer not taking any medicines for colds because it makes them drowsy. Thus, herbal remedies are often used as an alternative.

Belonging to the geranium family, this flower-bearing plant of South African origin has long been traditionally used to treat coughs, colds, bronchitis, and other upper respiratory infections. This traditional usage has been validated by scientific studies.

Pelargonium sidoides has been found to treat the symptoms of common cold and reduce its duration. It can also help relieve headaches, fever, and nasal dripping. There’s also evidence that pelargonium can help treat bronchitis and help boost the immune system.

Echinacea is another flowering plant that’s traditionally used to treat coughs, colds, and flu. It’s used to reduce the duration of colds and to lessen the severity of the symptoms. You can take echinacea as a tea although it’s also available as a supplement in liquid extract or pill form.

Echinacea is also used to treat various conditions such as chronic fatigue syndrome, malaria, indigestion, rheumatism, tonsillitis, and migraine. It may also help with various infections such as urinary tract infection, syphilis, and streptococcus infections.

Muscle and joint pains can either be moderate or severe. But the pain can be so severe, it can be debilitating. Various drugs and topical medicines can help with muscle and joint pains but if you want a natural way to relieve the pain, herbal remedies are always an option.

If you’re suffering from pain caused by conditions like arthritis, gout, and upset stomach, taking devil’s claw can help lessen the symptoms. The plant has anti-inflammatory properties which make it effective for osteoarthritis-related pain. Devil’s claw also has muscle-relaxant as well as pain-relieving effects.

Traditionally, devil’s claw is also used as a remedy for atherosclerosis, fever, migraine, and heartburn. It is also used for kidney and bladder disorders as well as for the treatment of allergic reactions.

Turmeric, commonly known as a spice, is actually one of the most potent anti-inflammatory herbal remedies. Turmeric contains high levels of antioxidants and many of these antioxidants help reduce inflammation in the body. 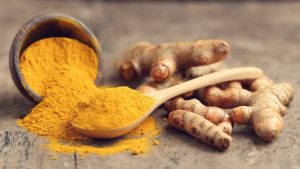 The list of conditions for which turmeric is used is quite long. That’s because of the varied actions of the many antioxidants that turmeric contains. Some of the antioxidants in turmeric like curcumin act as an anti-inflammatory agent.

Aside from curcumin, turmeric also contains other antioxidants like polyphenols, flavonoids, and ascorbic acid, which also work in different ways to help protect the body from the damage caused by oxidative stress.

Recently, turmeric has been found to help prevent and treat cancer. Compounds found in turmeric prevent cancer cells from growing and spreading further. These compounds also hasten the death of cancer cells.

To get the most benefit from turmeric, you can take it as a tea either in the morning or before going to bed. It can also be mixed with ginger, cinnamon, and other herbs for a more delicious flavor and for more health benefits.

HAPPINESS AND YOUR LIFE

5 Reasons Why Mucuna Pruriens Is An Amazing Natural Remedy