7 Herbs That Are Proven As Effective Sex Performance Boosters

Numerous herbs that have been used in traditional forms of medicine like Ayurveda have already been scientifically validated as having positive effects on sexual functions. These herbs have a reputation for enhancing fertility and improving sexual performance.

Even more interesting, herbs that are effective in treating erectile dysfunction also often have other health benefits such as improving male fertility or providing antioxidant protection. Take a look at these seven medicinal plants and find out how they can improve your sexual health.

The roots of red kwao krua are used in the formulation of medicines for treating low sexual desire and erectile dysfunction. In Thai traditional medicine, this herb is considered one of the most effective when it comes to increasing male sexual vigor.

Butea superba promotes the relaxation of the smooth muscles in the penile corpus cavernosa. When these muscles are relaxed, blood flows in and makes the penis tumescent. Because of this pro-erectile effect, Butea superba is considered a viable alternative treatment for erectile dysfunction.

In Ayurveda, this flowering plant is referred to as Syah Musli, Kali Musli, or black musli. Used as an aphrodisiac and rejuvenator, the efficacy of Kali Musli in improving sexual behavior has been validated in various animal studies. In mice models, Kali Musli has been shown to improve mating performance and penile erection.

Kali Musli also has spermatogenic and anabolic effects, as evidenced by significant weight gains in the reproductive organs of treated animals. When sexual dysfunction was induced in mice, Kali Musli was shown to help ameliorate the reduced sperm production due to testicular damage.

Kali Musli has also been shown to have hepatoprotective, anti-diabetic, and anti-cancer properties. Kali Musli can also boost the immune system, thanks to its high antioxidant content.

Although this plant belongs to a totally different family as that of Kali Musli, Chlorophytum borivilianum is referred to as Safed Musli in Ayurveda. Just like Kali Musli, Safed Musli is also used as a sexual stimulant and aphrodisiac. 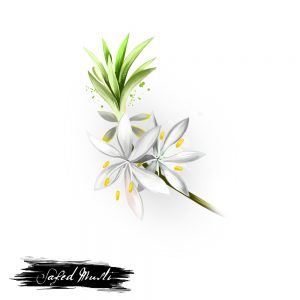 Traditionally, the roots of Safed Musli are utilized in the formulation medicines form sterility, impotence, and as a tonic for enhancing male potency. A 2013 study involving men aged 20 to 40 years showed that Safed Musli can improve sperm count, semen volume, sperm motility, and serum testosterone levels.

Although it’s not a mushroom nor a fungus, Cynomorium coccineum was given the English name Maltese mushroom. It’s actually a parasitic flowering plant that thrives in the desert environment.

In Saudi Arabia, this plant is called som-el-ferakh. What’s even more interesting about this plant is that it’s completely black and leafless and it doesn’t have chlorophyll at all. Despite its strange appearance, Maltese mushroom is considered a potent aphrodisiac.

With the rising popularity of Eurycoma longifolia, this plant has become one of Malaysia’s major export components. Globally popular as Tongkat Ali, Eurycoma longifolia has a variety of uses which is why there’s such a high commercial demand for the herb.

Among its varied health benefits, Tongkat Ali is most popular for its use as an erectile dysfunction treatment, as an adaptogen that relieves stress and anxiety, and as an ergogenic agent that increases energy, endurance, and strength. These amazing health benefits of Tongkat Ali are all well-documented.

Not only that, Tongkat Ali has also been shown to enhance male fertility. When tested on men with idiopathic infertility, Tongkat Ali helped improve their sperm quality by increasing sperm concentrations and semen volumes, as well as sperm motility and the percentage of sperm with normal morphology.

Also called cowhage or velvet bean, Mucuna pruriens is popular in Ayurvedic medicine as an aphrodisiac and male fertility enhancer. The seeds of Mucuna pruriens contains alkaloids that can help increase sperm production.

In animal studies, cowhage has been found to help increase the testicular weight of rats. It has also been found to stimulate sexual function and increase sexual activity. In rats with induced diabetes, Mucuna pruriens was able to improve libido, sperm parameters, and hormonal levels. 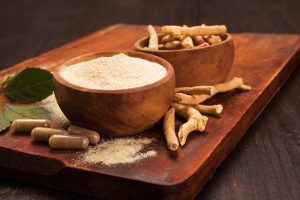 Popularly called ashwagandha in Ayurvedic medicine, Withania somnifera is best known for its adaptogenic, aphrodisiac, and pro-sexual properties. It’s also called Indian ginseng because of its reputation as a potent tonic for increasing sexual vigor and improving penile erection.

There are widely used all-natural male sex enhancement supplement that contains many herbal ingredients that have been proven effective in improving sexual performance. For instance, it contains Butea superba and Tongkat Ali, which are both known for their aphrodisiac and fertility-enhancing effects.

In short, Butea superba helps facilitate increased blood flow to your penis while Tongkat Ali prevents blood from flowing out of your penis. As these two herbal ingredients work together, you get to enjoy firmer erections for a longer time.

Are You Burning Too Many Calories?