Can Cycling Actually Harm Your Health?

There are many people who enjoy cycling. In fact, it is what many people do regularly. There are cyclist who bike all around the world on a daily basis. The question sits as of now – Can cycling harm your health? This has been a question asked by many due to health problems that have shown up in cyclists. Research shows that biking for many hours a week without any impact exercising can worsen bone density. This reduction in bone density is worse than not exercising. Cycling might be good for the lungs, heart, bodyweight and circulatory system but for bone health it is a bad thing. 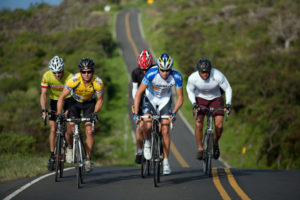 As mentioned, research shows that bone density gets worse with cycling. A study had been done in which bone density in study participants had been tested over seven years. This is was the density of the bones in the neck, hip and lumbar spinal area. Lean tissue and body fat were also measured. The study including nineteen cyclists and 18 non-active participants. The average age of the participants was fifty-one years of age. 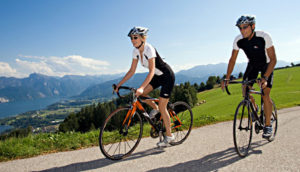 The research and study shows that cycling is bad for bone health and density. When cycling is done without any impact exercises such as gymnastics or running, bone loss is going to be greater. One conclusion is that not participating in impact exercises causes the bones to quite mineralizing while they lose calcium in sweat. Between both of these things happening, bone loss is bound to occur. Another thought is that impact exercises do boost testosterone which helps bone health. Without those exercises, there is not extra testosterone to help the cyclists to keep their bone density at healthy levels. Instead, cyclists are left after seven years with a higher risk of getting bone fractures due to the loss of bone density.

If you are a cyclist this is certainly something to think about. If you are going to continue cycling, the study shows that the best things you can do is impact exercise along with having a higher intake of calcium as well.

How Can You Eat Healthier When You Travel?

Facts About Vitamin D That Might be of Use to You