Why Circumcision May Be Harmful

Many new Dads have mixed feelings about give their own son the old snip snip at birth to get rid of that foreskin. Men feel like their sons may be resentful if they do not circumcise them due to the societal stigmas against a penis with foreskin. Foreskin is seen as uncleanly and can be a source of embarrassment for an adolescent experiencing puberty. So how do you decide?

First let’s get into the history of why newborns are circumcised in the first place. Men are circumcised in the Jewish religion as a ritual and tradition that served the latent function of sterilizing the penis and decreasing risk of infection. The same way Jews don’t eat meat, Jewish men don’t have foreskin it is seen as not only an ancient ritual, but as the cleaner thing to do. So is the rest of the world full of just one dirty dick after another? 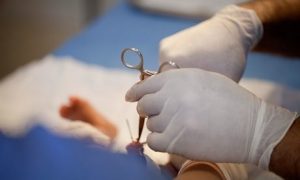 No, if you are bathing regularly it is not a hazard whatsoever. The allegations that it will reduce the risk of contracting an sexually transmitted infection like HIV is a myth. Foreskin or no foreskin if you have unprotected sex with someone with an STD you will most likely get that STD. Statistics do show however, that penis cancer however rare it may be is proven to be less likely to occur in men without their foreskin.

Male circumcision is seen as non-traumatic as a baby girl getting her ears pierced. Male circumcision is actually an incredible traumatic surgery that poses real health risks like infection, mishap, or blood hemorrhaging from the inability to clot. If you look at circumcision from an adult perspective it is the equivalent of removing 15 square inches of skin from the adult human body. That would be considered a serious procedure by most people’s standards.

One might think that eyelashes and eyebrows are silly and unnecessary to the body, but everything in place on your body serves a function or it would be evolutionarily phased out. The foreskin is a protective covering for the head of the penis that offers a source of natural moisture and lubrication. Lose of the foreskin limits the amount of sexual pleasure a man can experience. This is a huge long term con in the case for continuing to circumcise in America.

Men’s rights groups are attempting to prove that having foreskin is not only more hygienic but eliminates psychological problems men have later in life due to that major surgery at birth. Americans tend to believe that most people are circumcised but on a global scale those men that are circumcised are the extreme minority. 3/4ths of the world’s men actually have their foreskin intact. 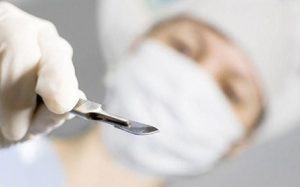 Whether you choose to stand behind circumcision or rail against it, the most important thing is to accept all penises as they are. Infant boys do not have a choice, it is a choice that is imposed upon them. There are pros and cons to both. If you have suffered the loss of your foreskin it will be easier to manually care for you penis and you may be able to last longer in bed if that is a problem for you. The uncircumsized penises of the world meanwhile, may just have more fun. Either way, the perception of foreskin around the global is changing and many Americans who are not Jewish are choosing to preserve the foreskin at birth.

Foods That Will Give You Better Overall Health

How to Prevent Hangovers