Do All Men Think About Sex All The Time? Here’s The Truth

Contents show
1 Do Men Think About Sex All The Time? Here’s What We Know
2 Final Words

Whether you take a look at social media networks, online forums and discussion boards, consider statistics provided by numerous studies and surveys, or simply take a look at your own life – there is a general thought that men tend to think about sex almost all the time. Yes, it is true that men are usually more sexually active than women and studies have also shown that women are more likely to suffer from libido-related sexual dysfunctions than men; thus making men the gender that also has a higher desire for sexual intercourse. While men may consider this statistic to be a benefit on their side, it is important that the fact that men are more sexually active than women comes with some risks and potential complications.

Today, we want to take a closer look at whether or not men truly think about sex all the time – or, at least, most of the time. We also want to compare low libido issues between men and women, as this may provide an explanation to why statistics show that men usually tend to be more sexually active and to think about sex more often than women. Furthermore, we also want to address the possible complications that the fact that men tend to be very sexually active holds, as these need to be taken into consideration before deciding to use this factor as your “bragging right.”

Do Men Think About Sex All The Time? Here’s What We Know 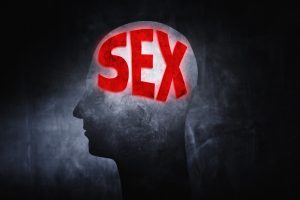 Do a quick search on Google about this topic, and you’ll quickly start to become confused. There is quite a lot of mixed opinions – some claim that men do think about sex every second of every day, while others claim that this opinion is exaggerated and that men do not truly think about sex a lot. When discussing this topic, it is important to note that all men are different and unique – they all have their own level of self-confidence and they all have their own level of satisfaction and comfortability with their sexuality. For this reason, it is relatively difficult to provide accurate data on this topic – while one man may think about sex all the time, another man may only think about sex once a day or once a week.

To offer more insight into this topic, we want to look at a report published on Shape.  The report claims that there is some truth to the beliefs that men think about sex a lot, but it seems like the fact that some say the public’s opinion is also exaggerated true in some part. The particular study referred to by this report conducted an extensive survey. They found that yes, it is true that men think about sex more often than women, but men do not generally think about sex all the time. Some reports have claimed that the average man thinks about sex in seven-second intervals – this report has deemed this claim as a myth.

What they did find, however, was that men tend to think about sexual intercourse an average of 19 times every day. This is the average – sometimes a man may think about sex more and sometimes less. If the legend about the seven-second intervals were true, a man would think about sex over 8000 times in a single day!

Even though thinking about sex and actually having sex is two different things, men who think about sex more often are also more likely to have more sex. This may include some potential complications that men need to be aware of. For one, when a man continuously thinks about sex and wants to act upon his thoughts, his partner may not feel the same way – this, in turn, could cause the man to seek out ways to act out his thoughts with other people — a scenario where cheating would occur, which could lead to a break-up or even a divorce. 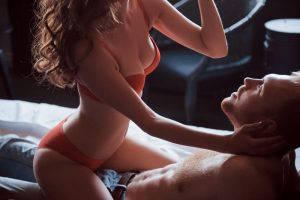 Having sexual intercourse with multiple partners also put a man at a higher risk of obtaining certain diseases that can be transferred from one person to another through sex. These diseases are usually called STDs or sexually transmittable diseases. According to MedicineNet, the most common STDs diagnosed among men include Chlamydia, Gonorrhea, Trichomoniasis, HIV, Genital Herpes, Genital Warts, Hepatitis, and Syphilis. For this reason, men who tend to act upon their many sexual thoughts need to ensure they practice safe sex and that they get tested for common sexually transmittable diseases on a regular basis.

Additionally, the risk of becoming a father also needs to be noted. This particular risk accounts for men who tend to act upon their sexual thoughts by sleeping with multiple partners, as well as those who frequently “surprises” their wife with sex every time they think of this intimate act. Even though condoms can be used, as well as birth control, there is always a risk of getting a woman pregnant, especially with continuous sexual intercourse.

Sex forms an essential part of many people’s lives. This intimate act provides them with the physical stimulation and mental pleasure that helps them calm down, reduce their stress levels and sleep better, as well as helping two people maintain a healthy intimacy between each other. It is often thought that men tend to have sex-related thoughts all the time. While there may be some truth to this belief, it is important to note that it does not account for all men and that not all is good with the fact that men are more sexually active than women. In this post, we provided an overview of the most important factors to be taken into consideration when discussing this particular topic.