Quest Brown Rice is a nutritional supplement that’s used for baking and cooking rather than the usual shakes or drinks. This is a decent supplement for those people who want to regulate their consumption of carbs. This is even more ideal because Quest Brown Rice contains potentially effective components that can help the supplement serve its purpose. Plus, its cost is also reasonable, so customers would really love the supplement’s efficacy and affordability at the same time. 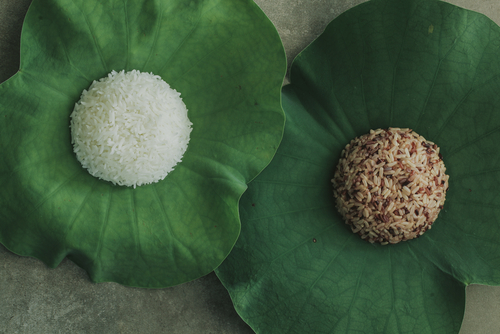 Moreover, Quest Brown Rice is a fresh dietary product made by Quest Nutrition, a company well-known in the business for its works on nutritional supplements. This said, it even adds to the credibility of the product itself knowing its manufacturer is a reputable name in the industry.

But what is Quest Brown Rice really for? Basically, this supplement is promised to aid people in their goals of controlling their diet and quantifying their macronutrients by providing brown rice, but in powder form for the sake of expedience.

In order to know whether Quest Brown Rice is a value for money or not, let’s come to understand the supplement more by learning what and how it is made of.

What Are the Components Involved?

Basically, the supplement has simple formulation. Since it is called Quest Brown Rice, you can already assume that it mainly contains brown rice powder, plus 31 grams of carbs in every serving. In the 31-gram carbohydrates 3 grams is fiber. Also, there are 3 grams of protein, 130 grams of calories, and 1 gram of fat. When it comes to macronutrients, the quantities of magnesium, calcium, and iron are lesser.

So, if you look at the whole ingredient profile you’ll know that Quest Brown Rice is primarily a dietary product that’s mostly carbohydrates. 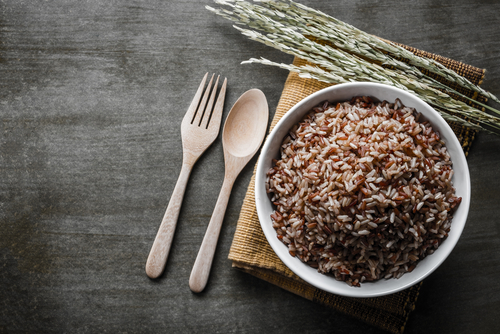 In contrast with many sports products you always hear and see on ads, Quest Brown Rice is a distinctive supplement for ensuring health and fitness. But the product also takes some extra efforts in order to be prepared for consumption. As mentioned before, it’s not like preparing a protein shake.

As previously stated, Quest Brown Rice is intended for baking and cooking. It’s meant to be utilized for cooking some meals as a replacement for some extra complex carbs.

Many of Quest Brown Rice users make use of the said supplement to create better and healthier versions of muffins, pancakes, and other delicacies. This way, said foods are not only better-tasting but also filled with more nourishing components.

The supplement is recommended for those people for want to use complex carbs in their recipes. As stated earlier, Quest Brown Rice is perfect for baked goodies. With the said product as ingredient in such foods, you’re bound to eat healthier, which is good for your diet management while making sure that you’re also receiving the nutrients that your body requires. If you’re into baking or you consume a lot of baked foods, Quest Brown Rice is ideal for your regular use. This way your carbs intake is more regulated. If you’re keen on watching your consumption of macronutrient and you’re interested in consuming more complex carbs, this supplement should be seriously considered.

Will there be Adverse Reactions?

Being only a dietary product that contains complex carbs, Quest Brown Rice doesn’t lead to any side effects or some sort of physical manifestations that can be bothersome. Based on customer reports, there aren’t any adverse reactions to be anticipated with the use of this product.

What is the Bottom Line?

Overall, the supplement is a decent dietary product for baking and cooking rather than the usual shakes or drinks. This is a decent supplement for those people who want to regulate their consumption of carbs while making sure they’re healthy. This is even more ideal because Quest Brown Rice contains potentially effective components that can help the supplement serve its purpose. Plus, its cost is also reasonable, so customers would really love the supplement’s efficacy and affordability at the same time. As of now it can only be purchased through the company site. What’s more is that Quest Brown Rice is purely a natural supplement, so there aren’t any side effects to be expected from using this supplement.

6 Bad Habits that are Damaging Your Heart