Feeling Stressed Out? Your Job May Be Literally Killing You

Nothing is worse than being employed at a job where it is highly stressful where you have little to no control over it. You are stressed out all day then come home to escape and unwind. The problem is that unbeknownst to you, you are bringing the stress home and all of the negative health consequences that come along with it.

Individuals in high stress jobs where they feel like they have little to no control over their jobs end up dying at a younger age on average, than those with less stressful professions.

The same researchers from Indiana University’s Kelley School of Business found that those in high stress jobs that had more control over their work decreased their chances of death during the study by 34%. 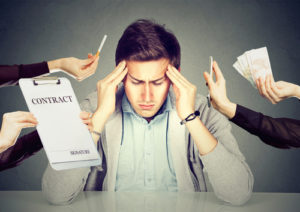 As we should all know, correlation doesn’t necessary mean causation, but that doesn’t mean that these numbers should be ignored either.

Although the reasoning behind why the correlation exists isn’t concrete, researchers believe that it is a result of how stress affects us over time.

Stress is something we all experience and it can actually be beneficial in some circumstances. For example bodybuilders and performance athletes put tremendous amounts of physical stress on their bodies which in turn helps them to adapt more quickly to whatever event it is that they are participating in.

Conversely, too much stress over a long period of time can be really detrimental to our overall health as well. Stress has shown to affect blood pressure, cardiovascular function and can also lead to death as well in some cases.

Alternatively stress tends us to find ways to cope with it, and those habits in themselves can be health or unhealthy and can further affect or health either negatively or positively.

For example one common way to fight stress which was heavily encouraged until the mid 1980s wa smoking cigarettes. Smoking cigarettes are effective in reducing stress but as we know are resposibile for a whole variety of negative health effects. 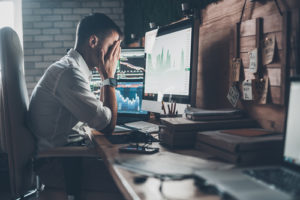 Smoking is linked to lung, gum, tooth, bone and tongue cancers, Smoking can also cause strokes, heart attacks and other cardiovascular problems. It wouldn’t be too farfetched to say that some smokers wouldn’t have started the habit if their jobs weren’t so stressful, which tells us that stress has a lot of indirect side effects that come along with it as well.

It is believed that if workers had more control over the work that they were doing, this would reduce stress significantly and thus reduce the high instances of health problems that come along with the high stress.

Simple things like letting the employee have more control over how the work is completed, less oversight and maybe less restrictive due dates on assignments can significantly reduce the stress that the employee experiences.

Not only will the employee be more happy, but it will reduce things like sick days as a result of other ailments associated with high stress as well.

When talking about stress, you simply cannot avoid the psychological aspect of it, and how much this plays a role in how we feel. Perception is key, if an employee feels like they have a lot on their plate that has to get done on a short schedule, they are obviously going to be more stressed about it.

Another thing to consider is the perception of the individual in how hard they think their job is. If they feel that it is difficult, which can be the case especially if they are the only employee who performs this function, they are going to be more stressed.

The object here is to give employees more control, but not too much. Again perception is everything and it is up the owner or manager to best use this to their advantage. Need an employee to do a job that no one else wants to? Make them feel like they have an option, let them choose when it gets done.

Being less stressed in not just beneficial for your physical health, but your psychological health as well. If you feel overwhelmed at work, try to break down your assignments in to simpler tasks in order to chip away at the work to get the job done.

Should You Be Using Branched Chain Amino Acids To Boost Your Gains?

Best Leg Machine Exercises You Need to Do to Bulk up