Think you know and have heard about everything? You’d be surprised there’s a whole lot of stuff you aren’t even aware of. That’s how it should be actually. We learn on a daily basis. No man knows it all as no man is an island.

I’m quite sure you are familiar with diets like Vegan diet – you know, the all green, no meat diet; Paleo diet which features largely hunted games; and Keto diet which is quite low on carbs but high in fat. These ones are quite popular. They are the ones you come across when you begin to search for healthy diets for weight loss or low carbs.  You are about to get stunned by this article of mine as you’d be introduced to strange diets that you’ve never seen before. 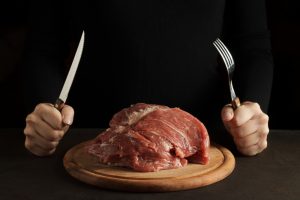 This is the first on the list. Doesn’t it sound bizarre?  Of course, it does. However, as eerie as it sounds, the idea behind it is not far-fetched. It’s borne out of how lion’s feed as such it takes into consideration, the quantity they feed, and the duration. Lions are amazing creatures. They could stay for a whole week with just a single day meal or three days meal at most. But the amount of meat they gulp down is in excess. Stemming from this, the lion diet entails eating only two times of three times a week just like the lions do. This kind of diet is actually effective for weight loss, but over time, its adverse effect might outweigh its benefit as one might begin to look emaciated.

This is another unusual diet that you might not hear about. It originated from Buddha in China among the Buddhist monk. It’s actually a serious part of their training in their journey towards leading a blissful and tranquil life. For the Zen diet, there are three basic rules. The first one is to eat thrice in one day; the second being not using neither fish nor meat as no animal is permitted to be slaughtered; and lastly, every part of an ingredient must be used while also avoiding flavoured ingredients such as onions and garlic. This diet shares some attributes with the modern-day vegan diet which also discourages eating of animals and thus, canvassed for their conservation. 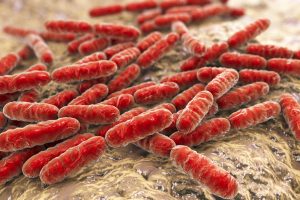 This is quite funny but extremely strange. It actually exists. The idea is to breed bacteria right inside the digestive tracts. Hence, the diet permits all kinds of meals that are high in calories. You are expected to feed on only probiotic foods which can facilitate the growth of bacteria right inside you. The goal of the diet is to lose weight while not reducing calorie intake. Actually, while it can’t be denied that feeding on probiotic meals is quite good for the body, it’s also important to watch calorie intake.

This diet was pioneered by Pierre Dukan, a French medical doctor in the year 2000. The idea behind the diet is actually to feed like how the early men did. The diet consisted of 100 food which much not be exceeded by followers of the diet plan. They are expected to feed on twenty-seven plants and seventy-two animals. However, the plan is also intended to serve as a weight-loss where participants should lose up to 10grams per week. Part of the diet also includes drinking enough water and exercising appropriately.

What further makes this plan amusing is its division into four phases. The first being the attack phase where participants are expected to feed only on lean protein and minute oat bran; the next stage is the cruise stage which entails feeding on spinach and lettuce which are non-starchy vegetables; the third stage is the consolidation stage where one piece of specific food is added to the initial diet; the last stage is the celebration phase where participants could eat whatever they desire among the restricted meals in just one week after which they are expected to restart the plan from the attack phase.

This sounds extremely stunning. The kangatarian diet as its name implies is the combination of pure vegetables with only kangaroo meat. Those who subscribe to this diet plan see themselves as quasi vegetarians. They believe the meat is purely organic and good for those who only want to feed on organic food. The justification they provide for eating the meat is that kangaroos do not devastate the land as normal cows do, hence, they can be used for food.

HOW TO BUILD MUSCLES FAST FOR SKINNY GUYS