Have you ever felt lethargic and just depleted of energy after a nice night out? That lack of libido could very well be a result of what you ate for dinner. Just like there are foods out there which will boost your libido, others exist that will do the exact opposite. Low sex drive is of course not just related to what we eat, there are numerous reasons why your libido could be low. These things range from external stresses from friends, family and work, biological reasons such as hormonal imbalances, as well as medications which all can influence sexual drive. Prescription drug, recreational drug and alcohol abuse can also negatively influence sexual drive.

As far as foods are concerned though, generally it is about moderation and how much you consume however there are some specific foods and food groups you want to avoid in the interest of boosting libido. 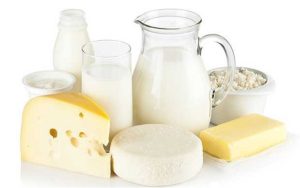 Dairy products are problematic when it comes to libido because they influence the production of lactic acid. Lactic acid builds up in our muscles and joints, and if enough builds up our muscles simple will not work. This is similar to when you over exert yourself in exercise, when you feel that burning sensation in your muscles.

Fried foods aren’t exactly well known for their health benefits, most people know that fried food is unhealthy. Fried food not only affects libido in a negative fashion, but has other negative sexual side effects as well. Trans fats found in fried food are believed to cause reduced libido as well as reducing sperm count in males. Fried foods are usually devoid of nutritional value as well, making them good foods to eliminate completely from our diets. 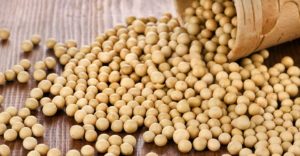 When it comes to soy, all things are not equal. Soy isn’t so bad for women as it is for men. Small amounts are not harmful to libido but vegetarians and vegans who rely on soy as a major protein source in their diet are susceptible to these negative effects. Through the digestive process and how the products of which are synthesized by the body, estrogen is a bi-product of the breakdown of soy. Estrogen is a female hormone which is responsible for things like the development of breasts and female sex organs in general. This is why men want to avoid eating soy in large quantities.

Foods Devoid of Nutritional Value that Everyone Should Avoid