HAPPINESS AND YOUR LIFE

Contents show
1 A recent study showed that men’s happiness is linked to his ability to outdo his parent’s academic achievements. Women, on the other hand, weren’t very affected if they did not get more education than their parent, but men’s happiness was compared to a divorce, stated researchers at Oxford University.
2 EAT A LOT OF HAPPY MEALS
3 DON’T FOCUS ON THE MONEY
4 CONNECT WITH A FRIEND
5 STAY IN ONE PLACE, FAST
6 LIGHT UP YOUR LIFE
7 LIVE BY THE CLOCK, DIE BY THE CLOCK
7.1 There are many ways to inject happiness into your life. Trying new things, no matter how small is an excellent way. You have the syringe now you just have to make and take the medicine every day.

A recent study showed that men’s happiness is linked to his ability to outdo his parent’s academic achievements. Women, on the other hand, weren’t very affected if they did not get more education than their parent, but men’s happiness was compared to a divorce, stated researchers at Oxford University.

These researchers looked at 50,000 people spread over 27 European countries and Israel to discover the link between academic prowess and the psychological state of participants’. Academic qualifications were placed in categories from high to medium to low levels, which were representative of a degree, high school diploma, and high school sophomores as defined by each nation.

Overall, this study showed that social origins had a larger impact on men than women. This may be due to men’s tendency to attribute successes and failures to their own effort, abilities, and merit, rather than aspects of a situation they have no control over.

The fact that falling short of their own life goals and resulting disappointment makes sense because this shows they believe in their own abilities and know that hard work will lead to the outcome they desire.

As happiness can eliminate infections, memory issues, reduce pain, and prevent heart disease, here are some specific ways you can introduce more happiness in your life. 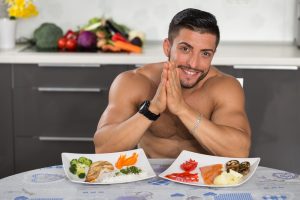 EAT A LOT OF HAPPY MEALS

A study on nutrition discovered that a Mediterranean-style diet contributed to more contentment. This study had its participants’ eat this diet for 10 days. These mood enhancing results could be due to the magnesium that is in nuts and omega-3s in fatty fish, which are known to reduce stress.

DON’T FOCUS ON THE MONEY

The University of Southern California Economics professor, Richard Easterlin, Ph.D., discovered that the more people earn, the less satisfied they are with the items they can afford. This can lead to extremely high expenses that put a dent in every paycheck.

A better, and deeper, compensation, is telecommuting. When offered this option, employees are happier than those who are stuck in their cubicles, according to a Stanford study.

CONNECT WITH A FRIEND

Finding and strengthening relationships is a great happiness-booster. A study published in the scientific journal Emotion discovered that when people tried many activities that increased happiness, the one they found that boosted their happiness the most was strengthening their relationships.

When reigniting these relationships, it’s better to do them face to face and, ideally, bond for a minimum of 40 minutes a couple of times a week. But, when seeking these relationships, choose wisely. You don’t want to reignite a relationship with negative people or those you find annoying. Negative people can have a negative effect on your life so should be avoided. Look for positive, ambitious, people who smile and laugh often.

STAY IN ONE PLACE, FAST

You can get a similar boost as the runner’s high by cycling on a stationary bike at high speeds. Though you are going nowhere physically, emotionally you are boosting your mood with every pedal of your bike. A study at Stanford University looked at how much exercise, and at what speed, could boost participants’ mood. They found that 50 rpm for 15 minutes would provide a 19 percent boost in mood. They hypothesized that these mood-enhancing results occurred because exercise leads to increases in endocannabinoids, protection of the brain, and the neurotrophic factor, which increases the speed of neural activity.

If cycling isn’t your thing there are many exercises that can help you sweat away the blues.

LIGHT UP YOUR LIFE

If you are grumpy in the morning, it might be due to your sleep cycle. When this is imbalanced, you may feel like the day has already gone wrong when you wake up. 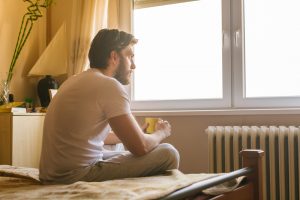 An excellent way to start over each morning is to add some light into your mornings. This will push away melatonin, which is responsible for making you sleepy.

During breakfast, sit by a window, or if the sun is not out you can buy a light box that simulates the sun, says Mariana Figueiro, Ph.D., at Rensselaer Polytechnic Institute. Her study of the effects of light on the human body has shown that a lightbox with a correlated color temperature (CCT) of 6,500K is ideal.

If it isn’t an actual work deadline, don’t worry about it. Don’t time it. Enjoy the process.

Studies show that when you watch the clock all day, you have a much higher risk of being stressed out and less happy. When you give yourself a time limit for all tasks, during your entire day, this will put stress on you as you try to beat the clock. This can lead to decreases in creativity and the inability to feel gratitude for good times, according to the author Laure Sellier, Ph.D.

Strive to work on a project until it is great versus cranking it out in a certain amount of time.

Your life and happiness are priceless and worth so much more than three hands and twelve numbers.

There are many ways to inject happiness into your life. Trying new things, no matter how small is an excellent way. You have the syringe now you just have to make and take the medicine every day.