Contents show
1 What actually does the body needs to heal
2 What exactly can vegans do to increase the body’s healing power?

It requires a lot of courage to become a vegan. Shunning meat, milk, and dairy-related products such as cheese to embracing just fruits and vegetables is quite commendable. Needless to say, the desire to eat a healthy diet underscores a person’s transition into becoming a vegan. There’s also the need to avoid accumulating fat in the body. Another interesting thing being vegans are the protector of the ecosystem.

However, the one million dollar question then is how the body would continue to sustain its healing power if protein which is essential for tissue repair is consumed in little proportion by vegans. This is the puzzle this article intends to solve. In fact, how this path (veganism) can be treaded upon such that the body is not deprived of its essential nutrients is also contained therein.

What actually does the body needs to heal

Basically what the body needs to heal itself are vitamins, minerals, proteins, and other important nutrients. The body requires minerals such as calcium which is essential for wound healing and regulation of the skin and other soft tissues; it a 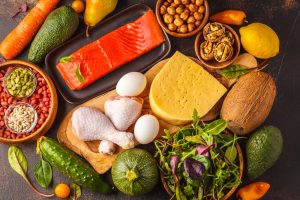 lso requires copper, which is a cofactor that boosts wound resistance and elasticity; it also requires iron which aids the formulation of hemoglobin and also helps with the oxidation process; selenium, which acts as the protector of biological membranes and cells; and vitamin A which is a fat-soluble nutrient effective for epidermal proliferation and all. The list goes on and on.

What’s more, the importance of protein cannot be overemphasized for healthy growth too. In fact, the nutritional role it plays in the body cannot be substituted by any other nutrient. From basics, we understand that proteins are bodybuilding food as such, the body requires it in large quantities to produce more muscles. In other words, it’s important to build body mass. Apart from this, protein also helps in rebuilding and repairing body tissues. Also, part of its therapeutic benefits is the fact that it helps the body fight infections by strengthening the white blood cells to adequately perform its function of defense against external invaders. It’s also instrumental in aiding metabolism.

Furthermore, your body requires a large amount of calories to be able to heal itself. Calorie is the total amount of energy produced during the digestion of food. Of course, the body requires this energy to function. This is what actually helps the body to go about its activities, part of which is the healing itself.  Nevertheless, calories that are used up as energy store up in the body as excess fat. If not burn becomes lipid and engenders an increase in body weight.

More so, the body also requires a lot of water to heal itself, hence the need to stay properly hydrated. The many benefits of water to the body cannot be exhausted. For the blood vessels and other cells to function effectively, there’s a need for the body to stay hydrated.

What exactly can vegans do to increase the body’s healing power?

From the above session, it’s been made clear that the body requires several minerals, vitamins, protein, and water to effectively heal itself. For vegans, the concern is not actually on vitamins and minerals because there is an abundant presence of vitamins and minerals in fruits and vegetables. Trust me, on the delicacy menu of vegans, lies all that is fruit and green. However, what has been the contention as far as this discourse is concerned centres largely on proteins. There has been

a claim that establishes that because vegans do not feed on meat and milk, they are protein deficient. As such, when they have an injury, it’s difficult for their bodies to heal up the wound and restore the body back to what it used to be.

Instances have been cited of how recovering patients who are vegans had to re-adjust their meals to accommodate beef and milk just so that their body can be strengthened to repair worn out tissues all by itself.

Furthermore, from another standpoint, there are actually arguments which claim that the amount of protein available in vegetables and beans suffices for vegans as the nutritional value of this protein is proportional to those that can be found in beef and milk. A renowned scholar and President of the Physicians Committee for Responsible Medicine, Neal Barnard who is also an Associate Professor at George Washington University has once been quoted saying “the amount of protein that is in vegetables, beans and grains is much more than enough.” This suffices as an authority in backing up that claim.

Now, if this is the case, what vegans have to do is to consume more vegetables, fruits, and beans, and other meals that are rich in protein.

Ways to Tone your Legs