How to Know If You Have Hepatitis C, Signs and Symptoms to Look For

Hepatitis C is difficult to diagnose on your own, because it shares symptoms that occur in other common illnesses like the cold and flu. In some cases the symptoms do not present themselves until the disease has been in the system for years, making the carrier of the disease unaware that they are infected.

Symptoms take effect in most cases after a period of 1 to 3 months, so it really shouldn’t be a surprise that many people are walking around unaware of they have this disease.

People who share used needles through drug use or those that have multiple sexual partners are at the highest risk for contracting this disease.

To determine whether or not you have hepatitis C, you can get a blood test done.

What Is Hepatitis C and How Does It Affect Your Health?

Hepatitis C is a disease caused by a viral infection, and is unique in that it attacks the liver and not the immune system like most other viruses. The immune system of some people is strong enough to completely kill off the disease, but for the vast majority of people  it progresses in to a long term infection. 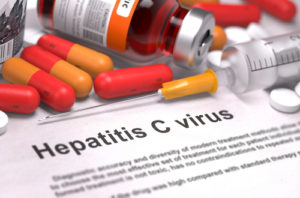 This infection usually lasts about 6 months or so, which is plenty of time for the virus to cause serious damage to the liver, causing it to not function properly. When the liver is damaged, things like fat digestion, the breakdown of hormones, and the general detoxification of the blood.

Chronic hepatitis C can cause  many problems as a result of the damage done to the liver.

Cirrhosis of the liver is disease where scar tissue develops in the liver. This scar tissue grows over the damaged part of the liver, which further limits its function. This limits the liver’s ability to perform all of its functions like removing toxins from the blood and breaking down of fat.

As the disease progresses as time goes on, the liver can fail. Even if the individual is able to get a liver transplant, they have about a 50% chance of failure because the disease just infects the newly donated organ.

Liver cancer is another huge health concern, as it is one of the leading causes of cancer related deaths. Most of these cases are from the prolonged damage done to the liver and the formation of scar tissue as a result so it is important to catch and treat this disease early as possible.

Although most people infected with the hepatitis C virus do not die as a result, death from the disease is still a concern. Both cirrhosis and cancer can cause death so it is something to keep in mind.

What Are the Causes of Hepatitis C? 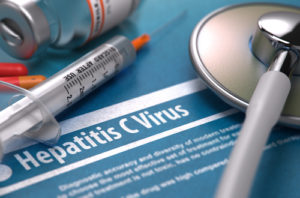 Most people get the disease through the use of drugs and the sharing of needles, which has led to an epidemic in not just cases of hepatitis C, but the outbreak of many other diseases as well.

What Are the Best Treatments Available for Hepatitis C?

The first step is to go to your doctor, and to get tested. This will allow them to determine how far long the disease is, how much liver damage is done, and the proper medication to prescribe.

In addition to prescriptions, you should at the very least take a multivitamin like Ultimate Man by Men’s Healthy Lifestyle. This is because Ultimate Man contains a high concentration of nutrients like zinc and vitamin D which are well known as immunity boosters.

Make sure you get tested early, take your prescriptions and multivitamin supplement to best reduce the effects of hepatitis C which over 3 million people in the U.S. suffer from.

Science Can Vouch for these 8 Weight Loss Tips

Biggest Lies and Falsehoods Told When It Comes to Nutrition