Considered as a diminished ejaculatory disorder, retarded ejaculation is defined as the recurring delay in or even absence of orgasm after being adequately sexually excited and stimulated.

Find out how you can overcome your problems with retarded ejaculation.

Your orgasmic and ejaculatory functions are regulated by your sympathetic nervous system. Thus, you may experience ejaculatory problems if there’s anything that interrupts or impairs the functions of the nerves in your genital region.

Diseases like multiple sclerosis and diabetes have adverse effects on your ejaculatory system. Spinal cord injuries and surgeries in your pelvic region can also cause damage to your genital nerves, thereby impairing your ejaculatory function.

For instance, thyroid stimulating hormone levels are associated with latencies in ejaculation. Men with hypothyroidism often suffer from sexual dysfunctions such as erectile dysfunction, hypoactive sexual disorder, and retarded ejaculation. 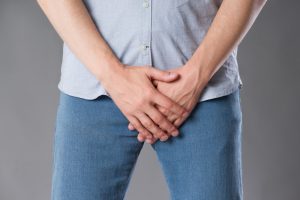 Prolactin is another hormone that’s crucial to your sexual health. Higher than normal levels of prolactin can impair your testicular functions. Hyperprolactinemia is also linked to ejaculatory problems like anorgasmia and retarded ejaculation.

In men with acquired retarded ejaculation, the condition is often attributed to psychological causes. Recurring themes include unexpressed anger and unconscious aggression. Fear of impregnating the partner is also another common cause of retarded ejaculation.

The disparity between your sexual fantasies and the reality of sex with your partner is another common psychological cause of retarded ejaculation. If in your fantasies you and your partner are trying out various positions, but in reality, you always do the missionary position, you may feel as if you’re not being sexually stimulated enough to orgasm. 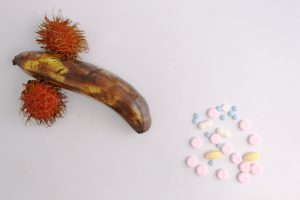 In many cases, drugs like cyproheptadine and amantadine are prescribed for men with retarded ejaculation. Cyproheptadine is actually an antihistamine but it also has a mild anti-serotonin effect. Serotonin actually inhibits ejaculation, so by countering the effects of serotonin, ejaculation is then made possible.

When You Have Sexual Problems

If you’re experiencing sexual problems, seeing a urologist or a sex therapist is always a good idea. However, if you prefer to manage your sexual problem through natural means, you may want to try taking male sex enhancement supplements instead.

You can try an effective sexual performance-enhancing supplement that makes use of natural ingredients. This contains several herbal ingredients that are widely recognized for their effectiveness in treating reduced libido, low sexual stamina, low testosterone levels, and poor erectile function.