Potential Health Issues All Men Should Check For

Growing older is scary. Once you’ve hit all your early life milestones, the driver’s license, technical adulthood, and the first legal beer, every birthday after feels like another big step towards oblivion. There are so many potential issues that can literally cut our life short; even worse, it’s not a matter of if, but a matter of when and which one. Just the idea of checking yourself or being examined for life threatening issues comes with an inherent fear and for some of us, finding out the results isn’t worth the anxiety of going through the test. But the thing about all of those invasive and uncomfortable tests is that they can actually make your life better. You can live longer and healthier if you catch issues while they’re still small, and if you wait until something is obvious, it’s probably too late. As men, there are some specific things that we should look out for, on top of the issues that everyone should be vigilant about regardless of gender. 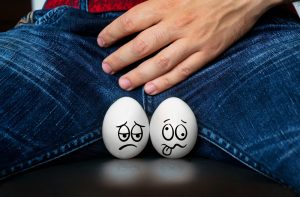 We often associate cancer with old age, but some forms of cancer are actually more likely to develop younger. Testicular cancer is one of those; not only can it form as early as infancy, its most commonly found in men in their twenties or early thirties. Fortunately, testicular cancer is relatively easily dealt with, as long as it’s found early. If testicular cancer is ignored, however, it can spread, and once any cancer starts spreading, it becomes exponentially harder to deal with and more likely to be fatal. Checking for testicular cancer is pretty easy though. The biggest thing to check for is lumps, so if you feel any lumps on your testicles, even if they’re painless, see a doctor about that immediately. It’s also possible that testicular cancer manifests in one testicle growing larger than the other does, or persistent dull pain in the testicles. Any of these can be indicative of cancer, but again, as long as you catch it early, the cancer can be dealt with.

The idea of getting a prostate exam is uncomfortable at best, and something most men would vehemently want to avoid. That’s because the basic test involves the doctor slipping his (gloved and lubricated) finger into the anus to feel the prostate and determine its health. Still, as uncomfortable as the test is, it’s far, far better than having prostate cancer and not realizing it. Most men aren’t at a risk for prostate cancer, though, so you can probably hold off on getting the test for a bit. Older men are a much higher risk pool, and it’s encouraged to get regular prostate examinations once you’re over 50. If you’re a younger man, then you can avoid the test unless you are having symptoms of prostate cancer like issues with your bowel movements, or if there is a particularly high amount of prostate cancer in your family. There are also blood tests for prostate cancer, but they are quite controversial, due to the fact that they have reported a great amount of false positives, and the treatment for bowel cancer that doesn’t exist is, obviously, not good for your health. If your doctor believes you should take the test because he believes you have prostate cancer for other reasons, then you should go ahead with the test, but don’t insist on it otherwise. 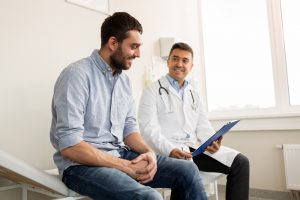 Heart disease is the number one killer in America; both of men and of women, but more men die every year of heart disease than women. There are a few factors that heavily influence your chances of developing heart disease. The forefront of these is your cholesterol; if you have high levels of cholesterol, it’s very bad for your heart, and increases your chances of a heart attack or a stroke. High amounts of cholesterol will back up in your blood vessels and create plaque, giving your blood difficulty traveling through the body. Lowering your cholesterol, however, is actually pretty easy. Eating leaner meats and healthier fats like those from nuts or fish will actually raise your HDL cholesterol levels, which is the good cholesterol. Higher amounts of HDL cholesterol will actually work to lower your bad, LDL cholesterol, making your veins healthier overall. Another major factor for heart disease is your blood pressure. Blood pressure that’s higher than 120/80 mm Hg is dangerous, and needs to be dealt with by you and your doctor. Getting regular checkups where your blood pressure is tested is the best way to make sure that you don’t develop long term heart or kidney problems due to unmanaged, high blood pressure levels.

Mental health and emotional issues are often considered weak or feminine, and are often associated, consciously or subconsciously, with women. While it’s true that there are more women with issues like depression and anxiety, this is possibly due to massive underreporting by men with mental issues. That means that, while more women are being treated for depression, a large majority of suicides are committed by men. Other behaviors connected to various mental health issues, including borderline personality disorder, bipolar disorder, PTSD, so on, are often treated with police reaction instead of mental health care. Mental health in our society has only recently started gaining traction as a real necessity, and there is still a large stigma preventing men from seeking help, encouraging them instead to “suck it up.” Unfortunately, sucking it up or bottling it up simply doesn’t accomplish anything, and often can make your mental health issues even worse. If you think you might have any mental health issues, you need to know that there is no shame in that, any more than there would be shame in getting a disease or breaking a bone. Find a therapist, possibly talk to a psychiatrist about medication, but don’t just ignore your mental health issues hoping that they will go away on their own; they won’t.

The Advantages of Using Free Weights

Want To Become A Better Husband? Try These 6 Things.