A Product Review of ProBrain Nootropic

Contents show
1 ProBrain Nootropic General Idea
1.1 Defining Synapse
1.2 Are the Components in ProBrain Efficient for Increasing Synaptic Connections?
1.3 Similar Nootropic Products
1.4 About the Company
1.5 ProBrain Cost and Money-Back Guarantee
1.5.1 The supplement can be purchased with these 3 various selections:
1.6 ProBrain’s Arbitration Agreement
1.7 Is ProBrain the Ultimate Answer for Your Brain? 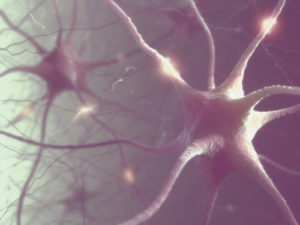 ProBrain Nootropic is touted to be the ultimate brain supplement that can restore even your aged, dilapidated neurons and synaptic brain cell connections, which then paves the way for enhanced memory, lucidity, and focus. What’s more is that ProBrain Nootropic can even enhance your drive and overall frame of mind as claimed by its manufacturer.

The manufacturer also said that ProBrain achieves this with the utilization of 100% natural components that are scientifically proven to generate results, like bacopin, which takes effect up to 12 hours. The components in ProBrain are also said to help in addressing dementia, Alzheimer’s, ADHD and depression.

All things considered, can ProBrain really deliver as a brain booster, or is this some sort of marketing hype that also frequents the supplement industry? Let’s begin by learning about synapses.

Basically a synapse is a tiny structure within the nervous system that allows a neuron to pass an electrical or chemical signal to another cell. Simply put, the neurons in the body relay information to other neurons via tiny gaps. These gaps are called the synapses.

Neurons and the synapses they have are considered to portray a crucial role in the creation and preservation of memories. But this conjecture has been a subject of comprehensive analysis and examination for many years.

Averagely, the body has about 1,000 trillion synaptic connections, but after we turn 20 we also start losing 9,000 neurons per day. This includes the synapses they  have. Given this scenario, it is probable that we experience deterioration in terms of processing information, creation of memory and preserving them as well. This is where ProBrain comes into the picture as it claims to help stop this. But is there any veracity to this claim?

Are the Components in ProBrain Efficient for Increasing Synaptic Connections?

Though ProBrain’s company touts that the product has a scientifically proven blend of components for increasing brain wellness, there’s no product label on the product site. The only component we’re informed is bacopin.

WebMD said that 2 particular bacopa extracts are considered to have the potential to enhance some part of memory in healthy individuals. Apart from this, the scientific proof demonstrating that bacopin can generate significant brain benefits is weak and lacking.

In due course, remember that manufacturers of supplements aren’t under the FDA’s regulations. Thus, they have the freedom to create any kinds of assertions about their products without worrying about providing clinical proof to substantiate their claims. As a matter of fact, supplements can claim to have certain components, even though these ingredients don’t really exist in their formulations.

As we have evaluated so many supplements, we know other products similar to ProBrain. The prominent brands are Brain Storm Elite, Neuroflexyn and Evo Brain Pill, to name a few.

Even as some of these products give more details on their official sites and involve various formulas, generally, brain supplements have an average rating of 1.5 stars in this review site. The typical criticisms they get from users are ineffectiveness, expensiveness and poor customer support.

This, however, does not mean that you’ll encounter the same with ProBrain, but based on our experience, this is also very likely. So, this is something you need to know in order to be more cautious when ordering such products. It also highly recommended that you read legit customer reviews online before proceeding.

As listed on ProBrain’s Terms & Conditions, the supplement is produced by, as its product name implies, ProBrain. The company is mainly headquartered in Cobble Hill, BC, Canada. But based on an image of the bottle that appeared on the supplement’s site, ProBrain is created by a company called NeuroNutra RX.

Both these companies are not listed with the Better Business Bureau. We weren’t able to find any supplementary details about the two on the web.

We googled one of the manufacturer’s toll-free numbers and we found that they produce another supplement called LipogenRx Garcinia Cambogia.

The supplement can be purchased with these 3 various selections:

There was no information on the specific duration to qualify for a refund. As explained by the information on Terms & Conditions, refunds are dealt with depending on the customer’s case.

Purchasing the supplement on the official site automatically bounds you to the company’s arbitration agreement. This translates to you getting limited legal rights in the case that something goes wrong as an effect from using the product. Hence, you won’t be allowed to participate in a trial by jury or become part of a class action lawsuit.

Is ProBrain the Ultimate Answer for Your Brain? 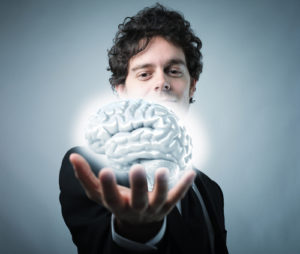 It’s a main issue that ProBrain does not have a product label included on its site. It is impossible to measure what kinds of effects you should expect to experience while using the product since you have no idea what’s in the supplement’s formula. It can also be quite disconcerting considering this is something you consume and taken in by your body. It’s like you’re taking something, but you’re not sure what it really is. Thus, ProBrain’s lack of product label, or absence of it rather, raises concerns among customers.

The only ingredient we know is the bacopin, but there’s also very little evidence that it can generate any substantial effects that can be beneficial for the brain like memory enhancement.

It is also worth noting that most customers are not pleased with brain supplements as  a whole. So, even though this applies to all nootropics in general, this also says something about the performance of individual brain supplements. It is better to consult with your doctor if you’re having issues with your memory.

Best Ways to Improve Your Efforts for Better Health