On this site we have evaluated several supplements manufactured by MuscleTech. Of course, we’re highly interested in weighing the components to know if they have enough potential to compete in the industry.

Remarkably, we learned that the components in Six Star Pro Nutrition Creatine X3’s formulation are greater in quality and potency compared to that of Creactor and BCAA, products also created by the same company. As a matter of fact, as a single serving of each product is concerned, Six Star Pro Nutrition Creatine X3 exceeds its predecessor since it contains greater amount of creatine and BCAA for every serving while being half the cost of these two products put together.

This specific product, as mentioned, has creating and BCAA. These are nutrients that are crucial for the recuperation of muscles. Furthermore, BCAAs are essential for stopping muscle catabolism. On the other hand, creatine is vital for restoring the muscles. Six Star Pro Nutrition Creatine X3 has quick-assimilating carbs that are immediately transformed to glycogen in order to aid in the replenishing of lost glycogen supply after undergoing a rigorous exercise.

How Efficient Is this Product?

We have assessed so many supplements containing BCAAs and Creatine on this site. As for Six Star Pro Nutrition Creatine X3, we will gauge its efficiency based on other supplements that we have evaluated to be effectual. 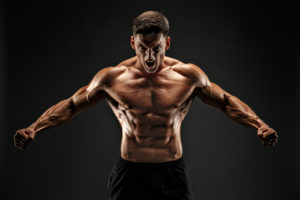 For one, we think it’s notable that this particular supplement has a high content of creatine, which is obviously one of this product’s features. To be precise, a single serving of Six Star Pro Nutrition Creatine X3 contains 8 grams, which makes it one of the products in the industry that has the greatest amount in each dose. This proves to be beneficial for those people who purchase creatine independently in order to meet their requirements of the said components.

What Users have to Say?

Most of the consumers of Six Star Pro Nutrition Creatine X3 have nice things to say about the product. Being reasonably priced and being effectual, they love the fact that it’s budget-friendly while being effective at the same time.

As mentioned earlier, Six Star Pro Nutrition Creatine X3 is truly a value for money kind of product, one that many customers wouldn’t find themselves regretting about. It not only contains promising components that have been shown to help improve your strength and increase the ability of your muscles to recover, it also includes these ingredients in high or within the acceptable range of doses per serving. This is something that’s rare in the industry. For those people who solely buys creatine, Six Star Pro Nutrition Creatine X3 is a good choice since its content of the said component is pretty much high. On the other hand, it is important to note that BCAAs and creatine are not enough when it comes to muscle growth In order to experience maximized results in terms of muscle development. Six Star Pro Nutrition Creatine X3 has to be used with other supplements in order to experience total muscle-building benefits.

Foods Devoid of Nutritional Value that Everyone Should Avoid

HOW TO BUILD MUSCLES FAST FOR SKINNY GUYS

Ways to Tone your Legs

Ways and Exercises That Can Boost Testosterone Level

9 Important Reasons You Should Aim for A...