Sexism Could Be Bad For Your Mental Health

Contents show
1 Diversity may be beneficial to your mental health.
2 This isn’t just a problem for older men who are stuck in their ways though.

Diversity is a hot topic. Increasing diversity is beneficial to our experiences, helps your fellow man and woman reach the levels only formerly available to the privileged few. Those who benefit from the status quo. It’s a very controversial topic. Incredibly heated. So many people are “mad online” about experiences that have never occurred to them before but have been thrust out in the open to confront. But I’m not here to discuss any of that. That’s just not worth it. What’s interesting is that some data analysis has shown what might be some unforeseen benefits of diverse experiences and turning away from traditional gender norms.

Diversity may be beneficial to your mental health.

Obviously, sexism is bad for women’s mental health — their sense of self-confidence and self-worth are negatively impacted by negative stereotypes and systemic issues that go back decades. But new data suggests that there may be a connection between sexism and mental health problems for men as well. The data points not only to a higher incidence of mental health issues in people who identify themselves as having what they call traditional views on masculinity and gender norms, but also a significant decrease in a willingness to seek out help or counseling in dealing with those issues. 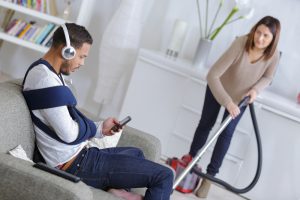 The data revolves around what are considered traditional views of masculinity and fall into a  number of categories. Masculine focuses like coming out on top, dominating, control over your emotions, preference for violence, falling more on the work side of work-life balance, individual self-reliance, homophobia, power over women, and playboy lifestyles — these were all looked at as traditionally masculine categories.

Three of the above-listed categories actually had a more striking connection to mental health issues: favoring playboy lifestyles, feelings of power over women and a desire or preference for individual self-reliance. These are considered more closely tied to sexism than the other categories and start to paint a picture of a connection between mental health issues and sexism in men. The data does not suggest which one causes which, instead it just points out that there appears to be a connection between the two.

What this shows is something that popular culture has been aware of for some time — though it has glorified it in the masculine ideals of the action hero or the Marlboro man — in the rugged individualist, the cowboy, a rogue who plays by his own rules and doesn’t need anyone else. While this may be a satisfying narrative, analysis of the data shows that holding these beliefs to be true leaves you feeling isolated and out of touch. It keeps you from getting in touch with your emotions or being able to express your feelings to others. It keeps you from seeking help when you may really need it.

Furthermore, these kinds of beliefs distance you from women and leaves you unable to form the binds of a deep, healthy relationship with another person.  A rugged individualist has no need for others, and that may work for some, but over the whole of society, it’s problematic. This image of masculinity and a favoring a playboy lifestyle where you never really lay down a foundation for a significant relationship with anyone will leave you emotionally — and later physically — alone — leaving you with only yourself.

This kind of lifestyle, as the data suggests, also leaves you less likely to seek help for any mental health issues, depression, anxiety. This makes sense when you look at the categories that are associated with this behavior. If a man is to be totally self-reliant, 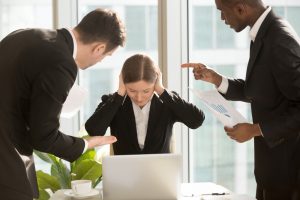 they can’t go around looking for help because of their feelings. In fact, these feelings, they’re supposed to be kept at a distance anyway, so admitting to some sort of emotional problems would be admitting that those emotions exist in the first place. Furthermore, you’ve totally isolated yourself at this point from the rest of the world, favoring work and short-term relationships with people, so who would you go to for help even if that thought crossed your mind.  In order to maintain an image of masculinity and get your man card, if you associate masculinity with those categories anyway, is to put up a facade of strength and an ability to deal with absolutely everything that comes your way on your own without any help from anyone else.

The data suggests that — over time — the mental health issues could cross over into the physical. Trying to deal with any issues that come up or trying to maintain a lid on your emotions when you bottle them all up leads to self-medication, alcoholism and even self-harm and suicide. Men with thoughts of traditional gender norms experience higher incidence of all of these.

This isn’t just a problem for older men who are stuck in their ways though.

This is also an issue for men with more diverse backgrounds who could be considered more sensitive. As long as they’ve been taught to view masculinity as favoring those traditional and/or sexist categories, they also see higher incidence of mental health issues. And their facade of understanding and emotional balance keeps them from seeking help, or admitting to themselves that they may hold sexist views if they are not in line with their experience.

Fighting against the old demons of sexism has become something of a trendy fight recently. Sexism and sexists have been brought out into the light to face the judgment of their peers. Some of them have lost their livelihoods because of their beliefs and their behaviors.The images of the self-made man, the rugged individualist, the emotionally distant hero — they all seem to be headed on their way out. And maybe this is better. Not just for women. But for men too as we face facts and realize that these gender norms have been holding us back in ways too. Furthermore, they’ve been harming us mentally and physically. At least that’s what the data shows.