Contents show
1 Common habits that induce cancer cells in the body:
2 There are numerous types of cancer in the world today and numerous causes, there are several ways we can prevent cancer by our actions and inactions which includes:
3 Apart from these highlighted methods, some foods can also help our body to fight against cancer:

About 16.67% of deaths all over the world are caused by cancer, it is among the leading cause of mortality. It affects both men and women, young and old and it claims the lives of innocents by the second. Most people only get to live one to five or more years after they have been diagnosed with cancer, but according to the American cancer society, there is 28 million cancer survivor worldwide. According to Nick James, 77 percent of people diagnosed with cancer are 55 years and older, this shows that adults are more vulnerable to cancer than children.

Our bodies are constantly producing new cells, some of which are liable to become cancerous. Carcinogen, an agent capable of causing cancer in the body which are gotten from radiation such as gamma rays, alpha rays, non-radioactive sources such as carbon dioxide and tomato smoke increases the risk of cancer by altering metabolism or damaging DNA directly in the cell. Some common types of cancer include: 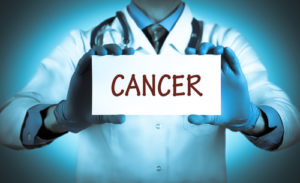 Breast cancer: it occurs mainly in women, rarely in men. The abnormal cell growth takes place in the left breast in most cases. On average, every two minutes, a woman is diagnosed with breast cancer in the US. The risk of breast cancer increases with age.

Bladder cancer: it is the fourth most common cancer in men, especially older men above 55 years old. Smokers are more liable to get bladder cancer because some chemicals in a cigarette are potent cancer-causing agents when it gets to the system through the lungs and into the bloodstream which causes abnormal cells to grow inside the lining of the bladder.

Kidney (renal) cancer: when DNA in one or both kidneys begins to mutate or grow, cells begin to divide and form an outgrowth around the kidney area. Smoking tobacco, obesity, and high blood pressure are some of the major causes of kidney cancer. Kidney cancer is very uncommon among people who are 45 years or younger, it is very common among people who are 64-74 years old.

Common habits that induce cancer cells in the body: 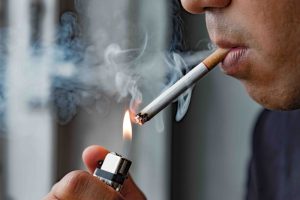 Overexposure to the sun and other types of radiation

There are numerous types of cancer in the world today and numerous causes, there are several ways we can prevent cancer by our actions and inactions which includes:

Avoid excessive exposure from the sun

Stop smoking, cigarette packets have a warning sign right on the cover ‘smokers are liable to die young:

Apart from these highlighted methods, some foods can also help our body to fight against cancer:

Broccoli: contains some cancer-fighting compounds like sulforaphane which helps to stop the spread, replication, and growth of tumor cells in the areas of the body that are targets for cancer.

Nuts: nuts are rich in antioxidants and anti-inflammatory compounds which help to prevent cell damage and neutralize highly reactive molecules before they can damage cell DNA

Citrus: citrus contain compounds called limonoids which are capable of slowing down cancer cell growth and preventing the death of the cell (apoptosis)

Some other foods that contain active compounds that help to prevent cancer are:

The most frequent types of cancer differ between men and women, a good number of them are preventable, some deadlier than the others, but ultimately cancer cells when introduced to the body shortens the life span of a patient.

Ultra Focus by UltraCore Supplements Review: Is This...

Is UltraCore Power REALLY the ULTIMATE Solution to...