Contents show
1 What is Gonorrhea?
2 How Can You Naturally Treat Gonorrhea?
2.1 L-Arginine
2.2 Probiotics
2.3 Black Tea
3 What Can Happen if Gonorrhea is Left Untreated?

According to the World Health Organization, a man from England has contracted the “world’s worst” case of gonorrhea. Gonorrhea is a sexually transmittable bacterial disease that can usually be treated with antibiotics, however in this case they have failed to get rid of the disease.

The potential rise of superbugs has been a hot topic lately in the scientific community due to the overuse of antibiotics in both humans and in domesticated animals. There are close to a million new cases of gonorrhea each year in just the United States alone, with a reported 78 million cases of the disease worldwide according to the Centers for Disease Control  and Prevention.

This rise of resistant bacteria should be a cause of concern for everyone, considering how wide-spread the disease is. Believe it or not many people still don’t know too much about the disease, which only increases the potential for transmission. 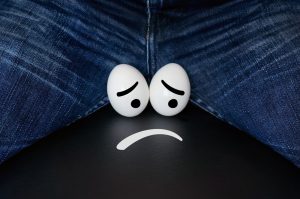 Gonorrhea is a disease that is sexually transmitted through the urethra of men and women, by the Neisseria gonorrhoeae bacterium. It can also progressively spread further into the reproductive tract of women, as well as infecting the throat, anus, and mouth of both sexes.

If left untreated gonorrhea can also spread into the bloodstream, where it can be transported anywhere in the body to infect any type of tissue it comes in contact with. This problem is made worse by the fact that most people don’t experience any symptoms when they are first infected, allowing this disease to proliferate unnoticed.

While your average strain of gonorrhea can be effectively treated with antibiotics, more resistant strains are emerging such as this case in the United Kingdom. This means that research into fighting these diseases is branching off into other areas which is showing some promise in finding alternative antibacterial agents.

How Can You Naturally Treat Gonorrhea?

Getting some type of antibacterial treatment is going to be necessary to kill the gonorrhea, however this alone is becoming less and less effective as time progresses. Until we find an adequate solution to the problem, the best course of action is to treat the disease by taking medications from your doctor, in combination with natural, herbal remedies. 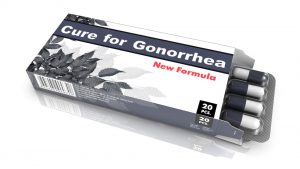 The problem with many antibacterial medications is that not only are they becoming less effective due to the emergence of superbugs which are immune to these medications, but that these medications also do not treat the symptoms of gonorrhea themselves. Here are a few types of supplements you can take to help ease the pain and suffering that comes along with gonorrhea.

L-arginine plays an essential role in the process of vasodilation, which can help to fight some of the problems that come along with inflammation. Reducing this inflammation is going to ease some of the pain associated with gonorrhea, and has even shown to have some antibacterial properties as well.

Sources of L-arginine that come from our diet include eggs, pumpkin seeds, sunflower seeds, fish, and beef. If you’re currently suffering from gonorrhea it would be a good idea to start taking a supplement that contains L-arginine as well to boost your body’s immunity.

Probiotic is just a fancy term for beneficial bacteria, which in this case can help fight off the “bad” bacteria such as gonorrhea. The easiest way to understand this is to think of your body as an apartment complex, it has limited space available and can only hold a certain amount of people. If you fill the apartment up with good people and keep filling vacancies with more good people, few very if any bad ones at all will be able to live there.

Probiotic supplements are great tools which can help fight off all types of infection including gonorrhea. There are natural sources of probiotics we can find in our diet as well, most notably in yogurt, kimchi, sauerkraut, and other fermented foods.

Black tea itself has some antibacterial properties, and is a great way to treat gonorrhea if you have contracted the disease through oral sex. Placing a soaked teabag on the eye can help with infections there as well.

Another tip which can help here is to add some raw honey to your tea, as raw honey also contains antibacterial properties and can easily be dissolved in hot tea. Use these two in combination to help sooth your throat and fight infection.

What Can Happen if Gonorrhea is Left Untreated?

While gonorrhea may seem like a simple bacterial infection, if left untreated it can potentially do serious harm to your health. If it is not treated it can lead to infertility, and if it spreads through the bloodstream it can lead to a problem called septic arthritis. This condition is one where the joint becomes extremely painful and stiff, with swelling and inflammation around the affected joint.

Men who have had gonorrhea in the past also  have a greater chance of developing prostate cancer. The disease can also be passed on to an unborn child, another reason why you should get checked if you think you have this disease.