Even though rabbit meat is not what most persons are used to eating, its consumption was estimated to be over 1.5 million tonnes in 2017. This is quite huge. For a fact, a lot of people are beginning to embrace its consumption once they are exposed to its benefits. I’m thinking you won’t be an exception.

Hence, this article is designed to educate you on all you need to know about rabbit meat – its nutritional composition and its benefits for healthy wellbeing. 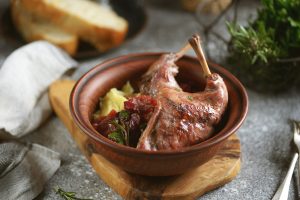 Typically, rabbits are hunted, they are known to be quite swift and evasive. It takes mastery at hunting to be able to shoot

one of those down. From time immemorial, they have been hunted for food and sport. In recent times, they are becoming fast alternatives to poultry and livestock as their breeding which is known as cuniculture is becoming rampant across the world.

Usually, rabbits are classified based on their size. For instance, Rabbits weighing over 4 pounds (1.8kg) and usually over 8 months of age are referred to as roaster or mature rabbits. On the other hand, a fryer or young rabbit is a term for rabbits weighing from 1.5 to 3.5 pounds (0.7-1.6 kg) and less than 3 months of age.

Compared to other kinds of meat such as pork or beef, rabbit meat’s fat content is significantly lower. It also contains fewer calories. It is excessively rich in proteins, containing almost double the amount of all amino acids in comparison to chicken or beef. A study found that rabbit meat has lower cholesterol levels than that of chicken and almost half the cholesterol levels found in beef.

As opposed to chicken and beef, rabbit meat contains significantly higher concentrations of vitamin B12. This makes it a great source of food for those with vitamin B12 deficiencies. It is also rich in vitamin E. Even though it is relatively lower in B complex vitamins, compared to other meats, except for B12, it is still a great source of pyridoxine (B6) and niacin (B3). Rabbit meat contains no vitamin A, vitamin D, and vitamin C.

Rabbit meat has the highest concentration of iron in all types of meat. It is higher in calcium, potassium, and magnesium as well, in comparison to beef and chicken. Rabbit meat also contains optimal levels of phosphorus, copper, zinc, and choline. Another advantage of rabbit meat is its comparatively low levels of sodium, making it a great choice for people with high blood pressure.

Having looked at the nutritional composition of rabbits, here are some of the benefits you can derive from the consumption of rabbit meat. 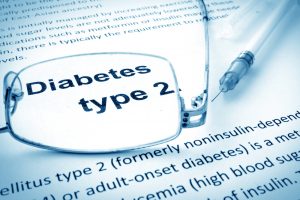 Rabbit meat is part of a recommended diet for people with diabetes, due to its low fat and low cholesterol qualities and the nutritive value that is on par with fish meat.

A molecule found in rabbit meat, called conjugated linoleic fatty acid, may have potential anti-obesity, anti-carcinogenic effects and be able to ameliorate diabetes. Rabbit meat is said to contain the molecule more than other non-ruminant animals.

It’s good for preventing cancer too

Generally, red meats are considered to increase the risk of most cancers: colon, rectum, gastric, and others. In contrast to that white meat intake, such as rabbit meat, seems to have a negative association with the risk of gastric cancer.

Meat is known for its negative effects on cardiovascular health due to its concentration of saturated fats, however as already stated, rabbit meat has a significantly lower amount of fats. The recent developments of rabbit meat, fortified with polyunsaturated fatty acids, make this meat safer for people with cardiovascular diseases. Rabbit meat also contains the lowest amount of sodium, among other meats, making it the best choice of meat for people with hypertension.

However, the consumption of rabbit meat can pose a devastating risk to your health in the following ways:

Because of its high concentration of purines, you should avoid rabbit meat if you have gout.

This is caused by a bacterium called Francisella tularensis. It is a quite rare disease which is also known as rabbit fever. It can spread to humans through a tick bite, direct contact with the animal, or poorly cooked meat. Rabbit hunters are at a higher risk of getting infected when skinning the rabbit.

Rabbit meat is associated with certain allergies such as itching.  You shouldn’t consume it if you notice this.