Top 5 Powerful Antioxidants To Watch Out For In 2018

Contents show
1 Far from being just a medical or scientific term, the word antioxidant has become so familiar to consumers. Nutritional products fortified with antioxidants have become a billion dollar industry. In fact, in 2015, the global antioxidant market hit almost $3 billion and is expected to grow even bigger.
2 #1 Lutein
3 #2 Astaxanthin
4 #3 Resveratrol
5 #4 Procyanidin
6 #5 Curcumin

Far from being just a medical or scientific term, the word antioxidant has become so familiar to consumers. Nutritional products fortified with antioxidants have become a billion dollar industry. In fact, in 2015, the global antioxidant market hit almost $3 billion and is expected to grow even bigger.

There are many reasons why consumers are now looking to increase their antioxidant intake. For starters, antioxidants are considered as a catch-all, something you can take to keep you generally healthy since antioxidants protect you from many diseases.

Brain health, sports and recovery from intense physical activities, eye health, increased alertness and energy, and weight management are just some of the reasons why antioxidants are becoming very popular with consumers. And scientists are continuing to identify new antioxidants and their health benefits. Here are the top five antioxidants you should watch out for in 2018.

Lutein has long been associated with better visual health, especially for the senior population. But did you know that lutein is one of the three macular carotenoids that have antioxidant properties?

Carotenoids are phytonutrients or plant chemicals that help plants absorb light. In humans, carotenoids act as antioxidants and the macular carotenoids lutein, zeaxanthin and meso-zeaxanthin protect the photoreceptor cells in the macula which is located in the retina. 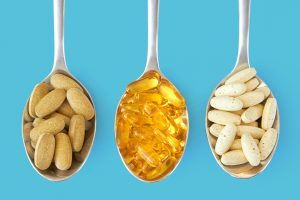 However, better vision is not the only health benefit of lutein. It also contributes to better skin and brain health. Moreover, recent studies have found a connection between lutein and psychological stress. One study looked at the results of taking macular carotenoid supplements for twelve months and found that it led to significantly reduced stress, cortisol levels and improved emotional as well as physical health.

For those who prefer getting lutein from natural food, eating a fresh avocado a day can lead to better cognitive function, improved working memory, and enhanced problem-solving skills. This is associated with increased lutein levels derived from avocado.

Astaxanthin is another carotenoid that is gaining popularity. It’s naturally found in seafood like lobster and shrimp and is responsible for their pink or red coloration. Astaxanthin is a powerful anti-inflammatory agent and it also has anti-fatigue properties. Because of these two properties, astaxanthin is used in treatments for various conditions.

Not only is astaxanthin good for athletes, it is also beneficial to elderly people, especially those who are already starting to suffer mild cognitive impairment, or even worse, dementia. One study found that in people with mild cognitive impairment, six weeks of taking a composite astaxanthin and sesamin supplement can lead to faster psychomotor speed and processing speed.

Natural sources of resveratrol include red grapes, blueberries, dark chocolate, and red wine, which are all superfoods. Plants produce resveratrol when the plant is injured or when bacteria and fungi are attacking the plant. In humans, resveratrol is considered as having anti-aging properties and that it may help treat age-related diseases such as type 2 diabetes and cardiovascular diseases. It has also been suggested that resveratrol should be considered in formulating treatments for metabolic syndrome. This is because resveratrol has been shown to have positive effects on hypertension, inflammation, and obesity. 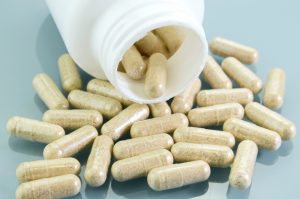 Many of the studies on resveratrol have focused on animal testing and cell cultures. Nevertheless, these studies showed that resveratrol helps fight oxidative stress and that it has anti-inflammatory and anti-cancer properties. There have also been studies involving humans participating in clinical trials.

A scientific review of previous resveratrol clinical trials concluded that taking resveratrol supplements may have positive effects on cardiovascular diseases, diabetes, and even neurological disorders. Aside from being an antioxidant, resveratrol has also been shown to increase the antioxidant actions of other compounds.

Procyanidins are another reason why red wine is considered healthy, at least when consumed in moderation. Red wine is rich in procyanidins which are polyphenolic compounds that are powerful antioxidants and anti-inflammatory agents. Procyanidins are also the main active constituents in pine bark extract.

Previous studies have established the positive effects of procyanidins on cardiovascular health such as lowering the risks of hypertension and stroke. One study, on the other hand, looked at whether supplementation with pine bark extract which contains procyanidins can be beneficial for athletes. According to the researchers, if coupled with proper hydration and correct training, taking procyanidin supplements may help enhance the performance of athletes in high-stress sports. Other benefits of procyanidin supplements include reduced soreness and muscle cramping.

Through this action, procyanidins were found to have prevented weight gain in mice even though the animals were fed with a high fat and high sucrose diet. Should the study be duplicated in human clinical trials, we may see an increase in weight loss supplements containing procyanidins.

Curcumin is another antioxidant that is fast rising in popularity, especially in the sports nutrition category. Found in turmeric and ginger, curcumin is a powerful antioxidant that has been shown to benefit cardiovascular health, brain health, and mental health. Curcumin is also considered as beneficial to athletic performance.

Intense or rigorous physical activities tend to cause oxidative stress, muscle inflammation, and muscle damage. Because of its antioxidant and anti-inflammatory properties, athletes and weekend warriors may benefit from taking curcumin supplements. Moreover, curcumin is also known to have anti-fatigue properties which can benefit many athletes and those who lead active lifestyles.

An Overview of Type II Diabetes

Nutritious Tips to Improve your Health