Vegetables and Fruits: Beware of Pesticides

There are many environmental groups who try to keep pesticides out of vegetables and fruits. Many of the organizations do all they can to report on which foods are the most common for having pesticides and which ones aren’t. They want you to be healthy and that is all you want as well. It is important to do your best to avoid the foods that may have higher chance of being covered in pesticides. Now, this list is not to deter you from eating these foods but when you get them you should buy them organic instead. 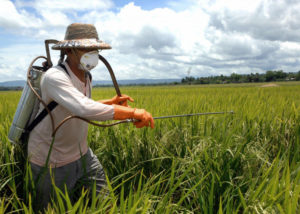 What are the foods that most commonly would have pesticides on them? 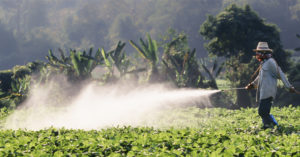 What are the foods that most commonly are free of pesticides?

On the other hand of the foods that were just mentioned, there are also some foods that most commonly have little pesticides or are free of pesticides. The foods that you can expect to have little to no pesticides on them include pineapples, avocados, sweet corn, avocados, mangos, cabbage, kiwi, sweet peas, eggplant, asparagus, sweet potatoes, watermelon, grapefruit, sweet onions and cantaloupe. These are the ones that you should be buying or eating more often than the ones that were mentioned in the other group above. These foods are excellent for your health and will have little chance of having pesticides on them. Now, you should still be washing these before eating them but they are safer in this regard.

As mentioned, you should be getting as many vegetables and fruits as you can organic bought. However, for some people that is not always possible. Organic foods are more expensive and for those who live in little towns they may not sell as many foods organically. If you aren’t going to get your vegetables and fruits organically then there is a compromise you may feel more comfortable with. If you just eat less of the foods that are mentioned in the first list and eat more of the foods in the second list, you will be safer than not paying any attention at all. You could also buy the most commonly known pesticide foods organic and the other safer ones non-organic. These are both options that are going to keep you safer from pesticides.

Keep these things in mind when you make your next trip to the store for buying vegetables and fruits. You will thank yourself later for paying attention to which vegetables and fruits you eat since too much pesticide consumption is going to cause minor and major health issues.

Facts About Vitamin D That Might be of Use to You

Too Much of Some Vitamins Could Cause Problems