What Dads Should Know About Sex After Baby

I’m not going to bury the lede here. Not so shockingly, having a baby will have an effect on your sex life. If you’re a new dad, a soon to be dad, or just a dude with the potential for being a dad in the future (every guy), then there are a few things you should know about what having a baby will do to your sex life with your significant other.

This goes beyond just time and how you don’t have it anymore. Your life will no longer be your own and neither will your days or nights. Having a child means having someone in your home that will potentially interrupt any moment that your partner and you alone together at any time. This can be a massive cockblock and destroy your sex life all on its own. Having a child also means being constantly exhausted, collapsing into bed and night and falling asleep as soon as your head hits the pillow. This also makes it not-so-surprisingly difficult to have sex. But there’s more here. Your significant other has just undergone something severe and traumatic that will have significant impacts on how she experiences sex. 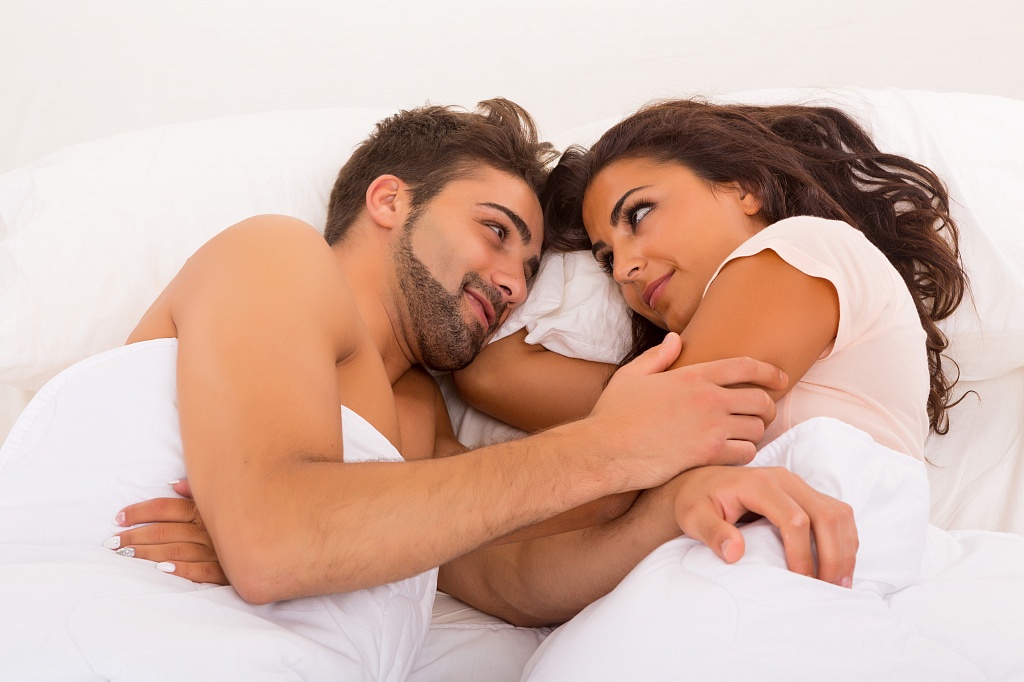 First things first, for the first six weeks after childbirth, you’re not having sex. You’re significant other’s body needs time to heal. And during this period, called lochia, you can’t have sex without risking a potentially deadly infection in your partner. This is regardless of the difficulty of the labor that she went through.

This doesn’t take into account the potential trauma that may have occurred. Even women who have a C-section report having pain during sex even a full three months after undergoing the procedure. Vaginal childbirth can be even more traumatic, leading to further periods of pain and abstinence due to things like stretching and tearing that have to heal.

You also must take into account the mental and emotional aspects of the trauma of childbirth and what this has done to her as well. All of the physical changes that occur during the process of having a child can cause a woman to be more self-conscious about her body. This self-consciousness leads to more anxiety and less sex drive. A woman may think of herself as less attractive or fear what you might think of the changes to her body. It’s important for you to keep the lines of communication open with her. Let her know that you do still find her sexy and attractive, but to also take her feelings on the matter into account. Don’t push it too much.

Speaking of physical changes, having a child is also known to change a woman’s erogenous zones. What used to turn her on, might not anymore. For instance, empirical data shows that a majority of women who nurse their new child change their opinion on breast and nipple play after giving birth to a child. This change has both a mental and physical aspect. Mentally, nursing a child changes the connection between the breast and sex. Your partner now connects her breasts and nipples with her relationship with her child. Did you just cringe? That’s her feeling about it too. Physically, nursing her child can leave her breasts tired, sore and without the same level of sensation as before becoming pregnant and having a child.

So, try out new things. Find out what’s working, what’s not and where you should focus your efforts to get her into the mood now. Have open communication about it and what you should try next. Being open and honest will also have the side effect of lowering stress and anxiety around sex, which can lead to better sex all on its own.

There are other aspects of physical changes at work here too. Her hormone production will also be affected and will change the experience of having sex. This can have an effect on her ability to get aroused and to reach orgasm. The female orgasm is not a myth (hopefully you already knew that), but women are, even before giving birth, 30% less likely to reach orgasm than a man during the act of sex. After childbirth, those statistics get even worse. Many physicians connect this to hormone production which drops after giving birth and may never reach the same levels she had before she became pregnant. Frustratingly, during sex, the orgasm becomes almost fleeting. She can feel it growing, but she just can’t seem to get over the hump and get there. Furthermore, her orgasm may physically change after giving birth, which makes the whole process that much more confusing.

As a partner to your significant other, it’s important that during this difficult time for the both of you, you try to remain understanding. It’s easy to fall into the trap of looking inward when things go wrong, blame yourself and wonder what it is that you did wrong or how you can be the hero and save her. It’s only natural that you’d want to try to fix everything for her, it’s very common as “the man” in the relationship to want to take on her problems, attack them and find a way to overcome them, but the confluence of the mental, emotional and physical components coming together in a perfect storm can make that impossible.

None of this is intended to scare you off from going through this amazing process of becoming parents with your partner or fear becoming a father. Instead, it’s merely informational in the physical changes that will occur to your partner and how your sex life will be altered.

If you — with your partner — come to an understanding of the physical and mental changes that come with giving birth to a child and still find yourself in a sexual rut or outright abstaining from the act because of physical uncomfortableness or mental or emotional barriers, there is no shame in seeking professional help from a physician or couples counselor. Many couples counselors even specialize in this topic and can help the two of you take steps that will help you get back into enjoying each other and your time together.